Posted on 31st May 2019 by admin in Club Rugby, Latest News, Premiership 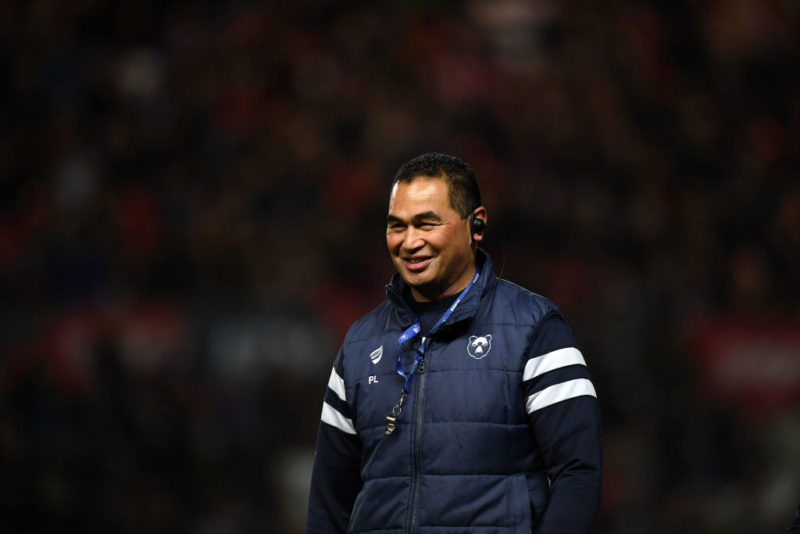 Bristol supremo Pat Lam says his “dream job” has left him excited for more after his side narrowly missed out on securing Champions Cup rugby next season.

While Bristol have been hailed in many quarters for their achievement in emerging from the Championship to finish ninth after winning nine of their 22 games, Lam admits to being frustrated that the chance to make a bigger splash passed them by.

After signing a new four-year contract, Lam told TRP: “A lot of people think it’s been a great season and from where Bristol’s come from it was, but looking at the table to see you were five points off the top four you think ‘what if?’.

“We lost three points in the last minute against Exeter, a couple more to Sale and three at home to Northampton, so if you look through the season there’s probably 12 or 13 points left out there.

“There are regrets but all that does is give us excitement going into next season because, aside from Worcester in round six, we competed well in every game.

“We were our own worst enemies at times but that’s given us huge lessons and helped grow the team. I’ve done so many pre-seasons throughout my career, playing and coaching, but I can honestly say this is the most excited I’ve been going into a new one.”

Explaining his decision to commit to the club until 2023, rugby director Lam said: “I’m in my dream job. I have a simple philosophy that my purpose in life is to make a difference as a father, husband, as a rugby coach or as a mate and I’ve found guys like (owner) Steve Lansdown and (chairman) Chris Booy who share that philosophy.

“Wherever I’ve worketd before, either as a teacher or coach, I’ve always had people above me with different agendas who were going in different directions, but here I’ve got an unbelievable level of trust in these people and the reason it’s the dream job is there is total clarity in our plan and I’m accountable to deliver it without any roadblocks.

“The plan is to win big trophies and get guys playing for England, but the greater vision is to inspire our whole community through our rugby success.”

The last Bristol player to be capped by England was was Jason Hobson, left, against New Zealand in June 2008 but Lam tips that poor return to end, with hooker Harry Thacker, prop Jake Woolmore and No.9s Harry Randall and Andy Uren impressing.

“We will have guys playing for England, without a doubt,” Lam vows. “Look at someone like Harry Thacker, he’s been meandering at Leicester, in and out, but we’ve put him into our programme and given him an opportunity to excel.

“All these other boys who were unknowns have come through and with the experience they’ve had now, anyone in our group who is English-qualified has the chance to play for England.

“We haven’t had many representatives because we’ve been in the Championship, but after one year back in the Premiership I know for a fact that some players are close and next year, with our academy in full swing, more players will come through.

“It’s down to the players  to decide if they’re going to work hard and make it. What we aim to be is a Champions Cup team that offers them a great platform.”