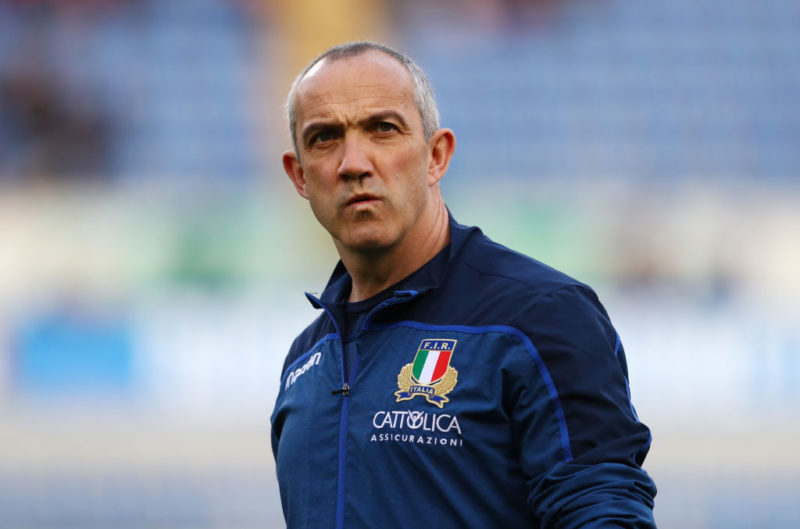 The veteran Azzurri captain is set to play in the fifth World cup of his career and is joined in the 44-man team by established regular Michele Campagnaro and Gloucester pair Jake Polledri and Callum Braley.

Cherry and Whites scrum-half Braley received a Six Nations call-up ahead of Italy’s match against Ireland, qualifying for selection through his grandfather.

And although he didn’t feature in the clash against Joe Schmidt’s side, he remains in the frame for being one of O’Shea’s scrum-half options in Japan.

The former England U20 captain isn’t the only uncapped player to be included by the former Harlequins boss, with hooker Engjel Makelara and prop Marco Riccioni – both of Benetton – also included.

With the zeal of youth, O’Shea has blended in plenty of experience with Leonardo Ghiraldini and Alessandro Zanni set to play senior roles alongside Parisse.

Their influence is crucial to a team which sees only ten of the 44 named possessing experience of playing at a World Cup.

For O’Shea, the tournament in Japan brings to a head all the preparation put in place during his three-year tenure as head coach at the FIR.

“The announcement of this team for summer camps has led to the realisation of how close we are to the incredible sporting experience that awaits us in September in Japan, which is a great opportunity to take a new step in our journey that aims to bring Italy back to the top of international rugby,” O’Shea said.

“This group is a mix of young players and veterans, a truly electrifying squad. We have already had to make some difficult choices and even harder ones will have to be made during the summer.

“Playing at a World Cup is every player’s dream.”

They first match of the 2019 Rugby World Cup takes place in Osaka against Namibia on 22 September in Pool B, followed by Canada, South Africa and New Zealand.