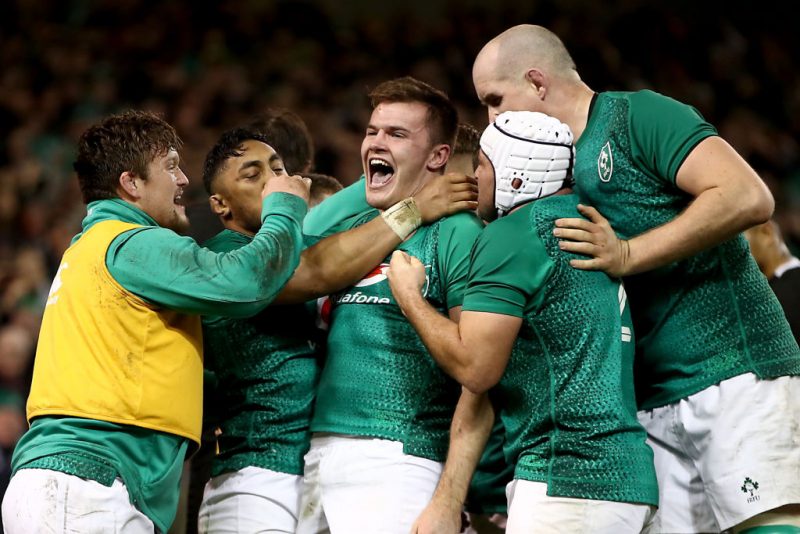 Jason Leonard is one of the game’s great centurions, and as the first Englishman to break the 100-cap barrier (114 Tests for England, five for the Lions), the prop legend is keen to see his countrymen reclaim the Six Nations title in 2019.

Leonard says that despite Ireland’s autumn victory over New Zealand, England and the rest of the Home Unions are hot on their heels in what promises to be a hugely competitive Six Nations championship.

Leonard says that how Ireland manage the new sensation of being title favourites will be critical when Eddie Jones’ side confront the Grand Slam champs in Dublin in a fortnight. Few know the pressure of being the team out in front better than Leonard, who played in England teams that won a World Cup in 2003 and four Grand Slams.

“It’s going to be a tough one,” he said. “Yes, England can win in Dublin, but Ireland are favourites not just for that match, but also the tournament. When you beat the All Blacks common sense dictates that you are the Six Nations favourites. However, England and Wales are not far behind them, and Scotland have come on a long way under Gregor Townsend, and are a potential banana skin for anyone.”

Leonard continues: “But England can win – of course they can – and the autumn gives a lot of hope. We’ve unearthed some great talent with guys putting themselves forward, and others coming back from injury. Having Mako and Billy Vunipola back is a huge lift for England.”

His belief in Eddie Jones’ team extends to the World Cup. Ask Leonard if England have made enough progress since last season’s Six Nations flop to be realistic World Cup contenders and he is upbeat.

“I think so. You want momentum, and you have to develop a squad mentality with interchangeable players. In the past when teams have lost a couple of key players they fell to pieces. For example, if Ireland lost Johnny Sexton or Peter O’Mahony a few years ago they would question their chances – now, no way.”

Leonard says resilience is a priceless asset. “You have to grow as a team, and as a squad. In 2003 England won a Grand Slam, and then we had success in Australia and New Zealand, beating both of them – but then we lost a game to France in Marseilles in the build-up. We also lost games in the Six Nations along the way. The key is to learn from your mistakes, and make sure that you don’t make the same ones again – and in 2003 that was the case. We were favourites, and we couldn’t run away from it either.”

He explains: “John Eales said something to me about the World Cup that I’ve never forgotten. He said that you don’t have to be the best team in the world for four years to win a World Cup, but you do have to be the best for four weeks. It used to apply especially to New Zealand when it came to peaking between tournaments.

“There is added pressure, and that’s why Steve Hansen said after New Zealand lost to Ireland, ‘now you live with being favourites’. Ireland are coached fantastically, and all their players are in great nick. It’s a side that appears to be really clicking – but the pressure is on them.” 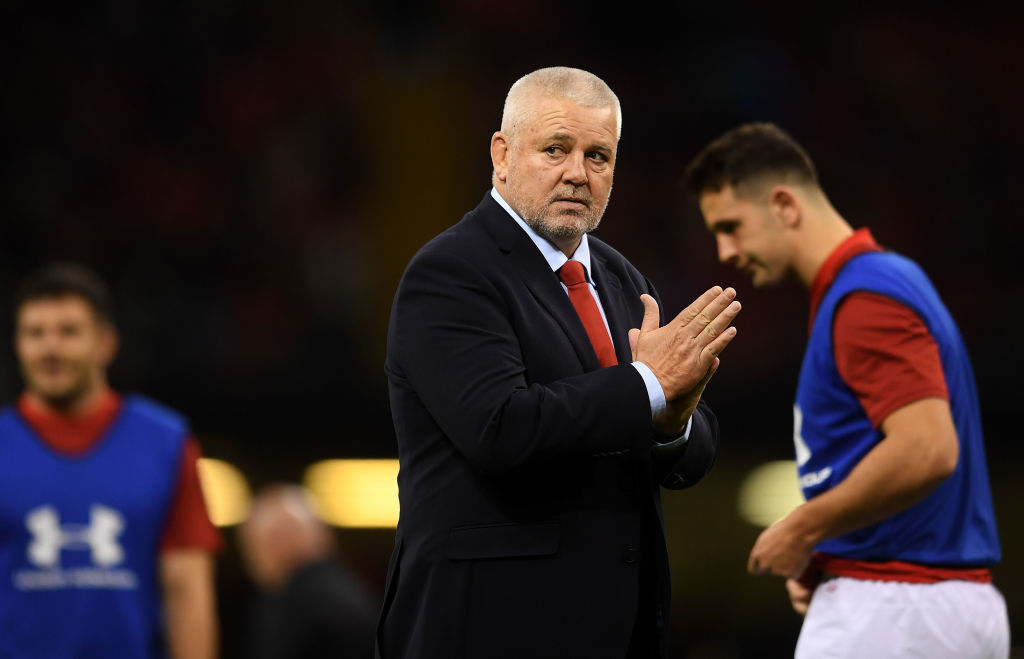 Wales on the rise: Can Wales put the Webb Ellis trophy in Warren Gatland’s hands before he leaves the union? Photo: Harry Trump/Getty Images

Leonard says he sees Wales as dark horses for the Six Nations and the World Cup.

“Warren Gatland has done a tremendous job with Wales and is a credit to rugby – and the Welsh players will want to make sure that he goes out on a high.”

Leonard is also on a rugby mission, but of a different dimension. Since his term as RFU president ended a couple of seasons ago he has refocused his attentions on his charity, the Atlas Foundation.

“We are looking after 20 projects in 15 countries involving 20,000 underprivileged kids in Africa, India and South America. We use rugby as a catalyst to get the kids out of the slums and shantytowns for the day, getting them to play sport and involve them in school and community projects.”

This week Leonard launched a charitable fundraising initiative linked to the Foundation called The Front Row Club. He explains: “It is a membership club with forum, debating, and mutual help platforms, but it is also about having fun, with a bit of banter thrown in.”

These days Leonard is as familiar with boardrooms as he was packing down in the dark recesses of the scrum. He is a member of both the Lions and Six Nations boards and was happy to talk about the issues facing the top end of the game in England.

So, is he happy with the idea of Lions tours being reduced to five-week eight-match tours?

“The rugby calendar is tight. We’ve known what’s coming for a while, and I’m not particularly worried about it. Everyone wants the Lions to continue, and they will carry on. But we have to make sure that we are fair to the players, and the clubs. There is a lot of media attention on the clubs, but they provide the players – so that has to be a partnership.”

Leonard is also positive about the new agreement between the Premiership clubs and private equity firm CVC. “If it gives the clubs an opportunity to grow it’s not a bad thing. I don’t see it as a them-and-us situation. We are all in this together – it’s a partnership in every aspect. I hope the investment helps the clubs, and is good for the players, because that will help England.” 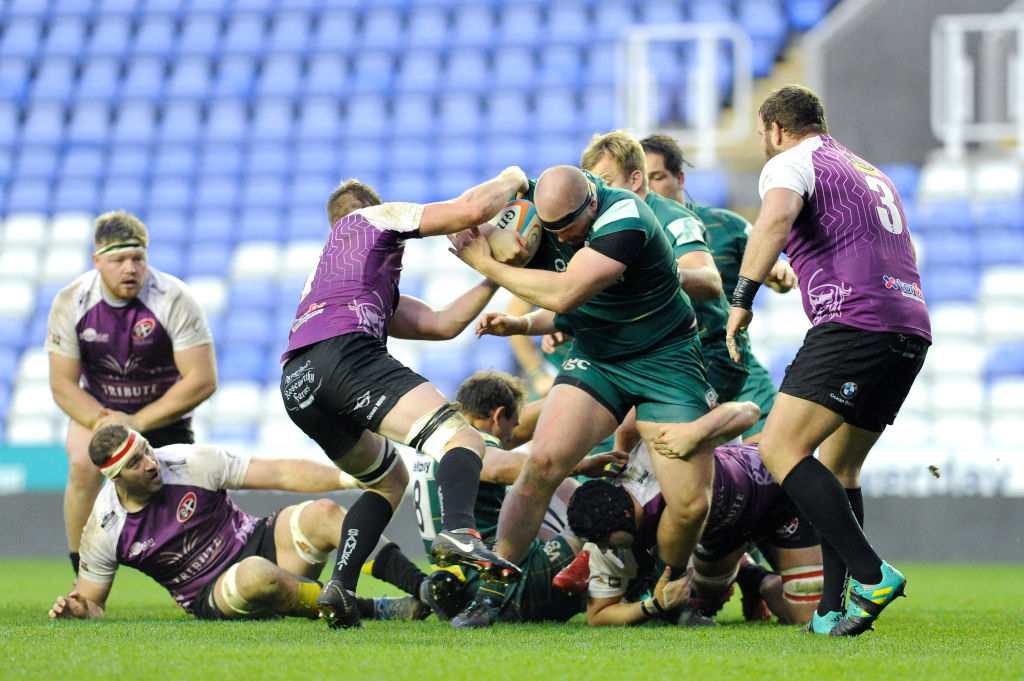 Ringfencing: Jason Leonard says any decision made must be for the benefit of the game. Photo: Alex Burstow/Getty Images

However, Leonard says that the Premiership debate over whether to keep promotion-relegation, or allowing a ring fence is more difficult to resolve.

“From the background I’ve come from we’ve always had promotion and relegation. But if people like Nigel Wray, Duncan Saville and Tony Rowe say we need to ring-fence, then you have to listen to the argument, because it’s a partnership.

“But, we can’t just listen to the Premiership alone, because the Championship is also a very important part of it. You have to listen to everyone, and then make a well-informed decision for the best of the game – not just for a particular area of it.”

Another front-line rugby debate is the increased injury rate among top tier players, and whether it means that the chances of others joining Leonard among the centurions is less likely.

Leonard says: “There are more games being played so people can achieve it more quickly. When David Campese and Philippe Sella became the first to reach 100 caps they did so over a span of 12 to 15 years. Now you can get to it quicker, but there are more injuries.

“If you become a centurion you need a tremendous amount of luck. I only had one serious injury with the neck in 1992. It is about hard work and talent, but you need a bit of a rub of the green to achieve it – and I think certain players will be lucky enough.”

Jason Leonard was speaking to Nick Cain as part of the launch of The Front Row Club, a new charitable initiative giving fans unique access to tickets and events and the views of some of the biggest names in rugby. For more information visit frontrowclub.com