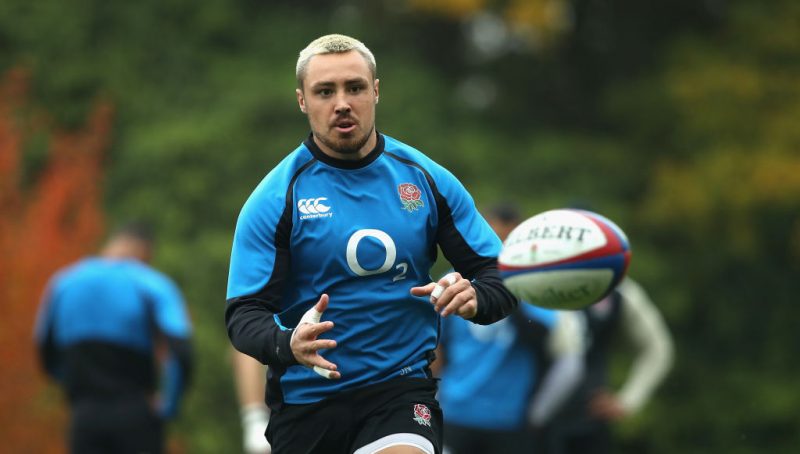 England head coach Eddie Jones has made 11 changes to the side which came so close to beating the All Blacks, tinkering with the backline to include Jack Nowell at centre for the visit of Japan.

Nowell shifts inward from his traditional position of winger to replace club teammate Henry Slade at outside centre, forming a new midfield combination with Saracens back Alex Lozowski alongside him.

With a showdown against Australia to come next week, co-captains Dylan Hartley and Owen Farrell drop out of the starting XV and Jones has taken the decision hand leadership duties to George Ford for the Test against the Cherry Blossoms.

The Leicester Tigers fly-half will lead the team on the occasion of his 50th cap and is joined by Danny Care in an experienced half-back duo named by Jones.

New opportunities have been given to imposing Bath wing Joe Cokanasiga who will start on the right wing on his England debut, Chris Ashton will start on the left and Elliot Daly continues at full-back to complete the back three.

The scrum will be headed by an all-new front row of Alex Hepburn, Jamie George and Harry Williams, while Zach Mercer starts at number 8 to pilot the ball at the rear.

The Bath back row will be flanked by Courtney Lawes on the blindside and Mark Wilson will wear the 7 jersey.

On his selection for Saturday’s clash at Twickenham, Jones said: “Japan is an important game for us as we want to get back to winning ways,” said Jones. “We have also tested ourselves in having a shorter preparation. We gave the players two days off after three weeks of intensive work. We have had a short preparation but a good preparation.

“We are expecting plenty of energy, aggression and fast ball movement. They will be full of surprises, quick taps, lineouts and plays. They are going to have a bag of magic.”

On Ford as captain, he said: “It’s a wonderful moment for him and his family. Fifty caps and captaining the side is a great honour and every game he plays for England he gives his absolute best.”

England team to play Japan at Twickenham on Saturday (KO 15:00)