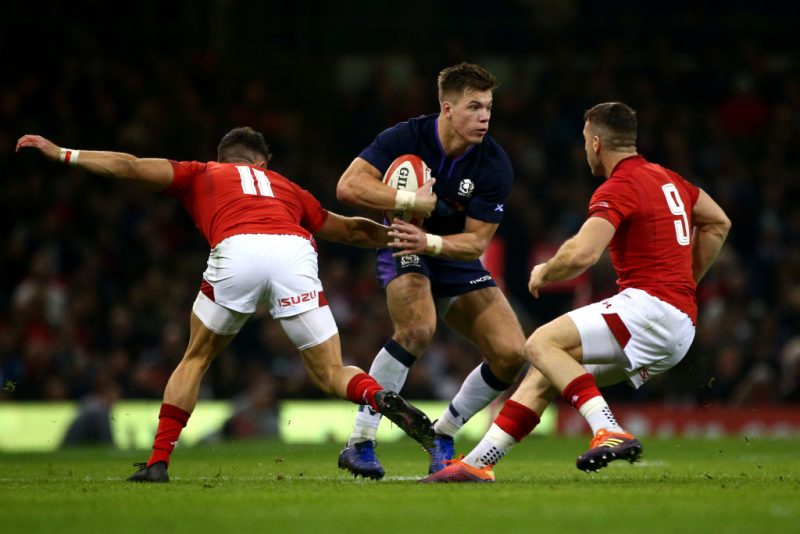 Scotland head coach Gregor Townsend has welcomed Huw Jones back into his midfield as one of six changes named for the visit of the Springboks.

The bulk of the changes have been made to the pack with loosehead Allan Dell and hooker Fraser Brown dropping to the bench from the team which beat Fiji 54-17 at Murrayfield. Gordon Reid is handed his first start alongside the returning Stuart McInally, while WP Nel keeps his place in the front row.

Sam Skinner’s man of the match shift against the Pacific Islanders hasn’t stopped Townsend from naming an all-new lock combination of Ben Toolis and Jonny Gray.

The Exeter Chiefs forward moves into the back row to wear the no.6 jersey while Hamish Watson will start on the openside flank.

In the backline, Jones returns to play outside of Peter Horne meaning Alex Dunbar drops out of the 23.

Greig Laidlaw, partnered by Finn Russell at half-back, will captain the side who will be aiming for a first win over the Springboks in five meetings.

Townsend commented on the squad announcement: “South Africa have made a lot of improvements over the last three or four months, beating the All blacks in New Zealand and putting in an 80-minute performance to defeat France in Paris, which underlines their quality.

“Their traditional strength has always been their physicality and this remains a key point of difference for them. We expect them to be confrontational and powerful in their ball carrying, their defence and also at set-piece time. It will be a great challenge for our forward pack in particular.

“South Africa have always had a smart kicking game with an excellent chase but what we’ve seen over the past few months is an ambition to move the ball from counter attack and push to get their forwards passing the ball more.

“Our defence will have to be strong to nullify this ambitious attacking game plan.