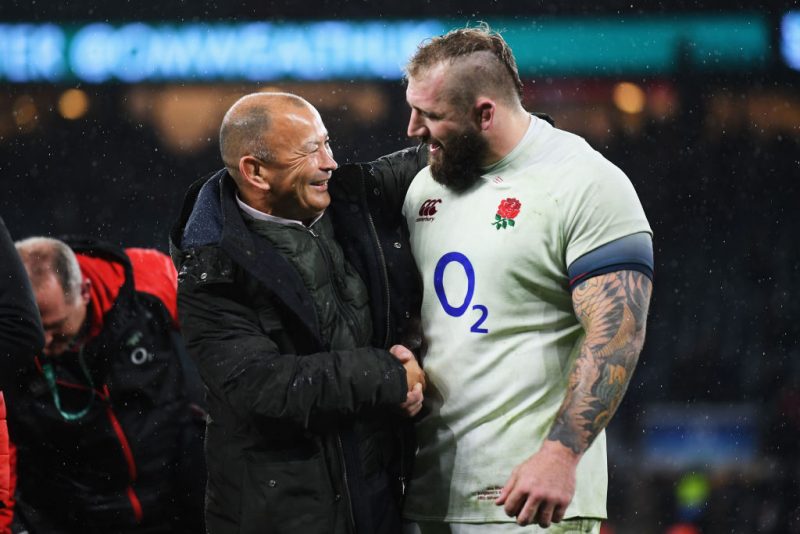 Eddie Jones has voiced his acceptance and understanding for Joe Marler’s decision to retire from international rugby at the age of 28.

The England loosehead prop called time on his Red Rose career less than 12 months out from a World Cup citing his desire to devote more time to his family.

Marler won 59 caps for England and played in the 2015 Rugby World Cup as well as touring with the British & Irish Lions last year.

As one of the more reliable positions head coach Eddie Jones could depend on, with Marler and Mako Vunipola to call upon at loosehead, the Australia made no bones about the big loss the Quins forward will be to his plans going forward.

Jones said: “He’s an honest, hard-working player and we understand his reasoning. He’s honest and mature and understands the demands on family life. He’s great to have around, so we’ll miss him greatly.”

Marler had withdrawn himself from the England training camp in Bristol earlier this week, a meet-up building preparations for the November Tests.

Marler commented: “It is an incredible commitment to play rugby for England and I strongly believe that if you are unable to give yourself fully to it, then it is time to step away, otherwise it would not be fair on the team or my family. Being with England you have to spend an incredible amount of time away and I could not do that any more.”

Now focussing his rugby with Harlequins, talk has already started about who could replace Marler in Jones’ plans.

Experienced Exeter prop Ben Moon was picked as the late call-up to the training camp, with fellow Chief Alec Hepburn also in the mix.

Despite Sale’s disappointing start to the season, Ross Harrison’s ever-ongoing displays of consistency were rewarded earlier this year with a four-year contract tying him down at the AJ Bell Stadium. The 26-year-old was described as director of rugby Steve Diamond as a ‘Sale legend in the making’ and already has accumulated over 150 appearances in all competitions.

Leicester Tigers’ Ellis Genge has been ruled out of action and won’t return until early 2019, after undergoing surgery on a knee injury sustained during an England training session on this summer’s tour to South Africa.