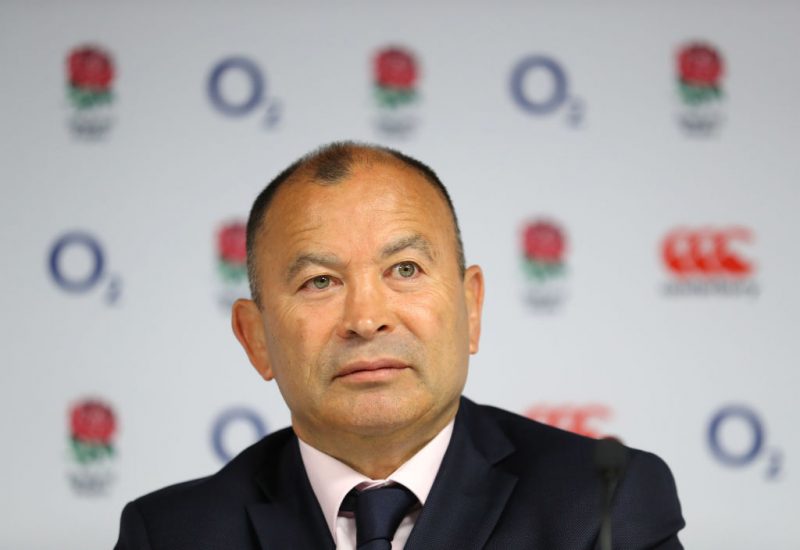 Chris Ashton and Ben Te’o have both been included in England’s 36-man squad for their training camp ahead of the autumn internationals, but Eddie Jones has chosen to omit Danny Cipriani from selection.

Despite Ashton and Te’o not clocking a minute of play so far this season, the England head coach has picked the Sale Sharks and Worcester Warriors backs for the camp which begins on Sunday. Ashton is currently serving a seven-week ban after being adjudged to have tip-tackled Castres scrum-half Rory Kockott in a pre-season match, while Te’o is working his way back from surgery on a torn quadricep.

But Jones has overlooked Gloucester fly-half Cipriani as George Ford and Owen Farrell are preferred.

Cipriani has hit the ground running at Kingsholm since arriving at the club in the summer from Wasps, guiding the Cherry and Whites to wins over Northampton and Bristol.

The decision by Jones to leave the 30-year-old out of the squad comes one month after Cipriani was arrested and charged with common assault and resisting arrest during a night out in Jersey. Attending a magistrates’ court he was fined £2,000 for the incident and faced action from Gloucester, too.

Joining Te’o and Ashton among the 16 backs will be Leicester centre Manu Tuilagi following his form for the Tigers in the early days of Geordan Murphy’s tenure.

Commenting on the squad announcement, Jones said the camp would be the first step in implementing John Mitchell’s defence ‘philosophy’ after the RFU signed the Bulls head coach to a deal this week to become England’s new defence coach.

“The training camp in Bristol is our last opportunity to get the squad together before the Quilter Internationals so it is vital we put down some parameters, particularly with John Mitchell coming in as defence coach.

“We’ll implement a slightly different defence philosophy building on the great work Paul Gustard has done to keep advancing our defence. It’s a great opportunity for the players to work with John and for the team to keep evolving.

“It’s a chance to get the players thinking about England and the way we want to play for England and the way we want to beat South Africa. These players have the opportunity to press their chances for selection ahead of the first Test so they will have to be enthusiastic and ready to give their best.”
The Red Rose take on South Africa, New Zealand, Japan, and Australia in their Test schedule for November, as Jones builds on his plans for the Rugby World Cup next year.