Posted on 8th September 2018 by admin in Latest News 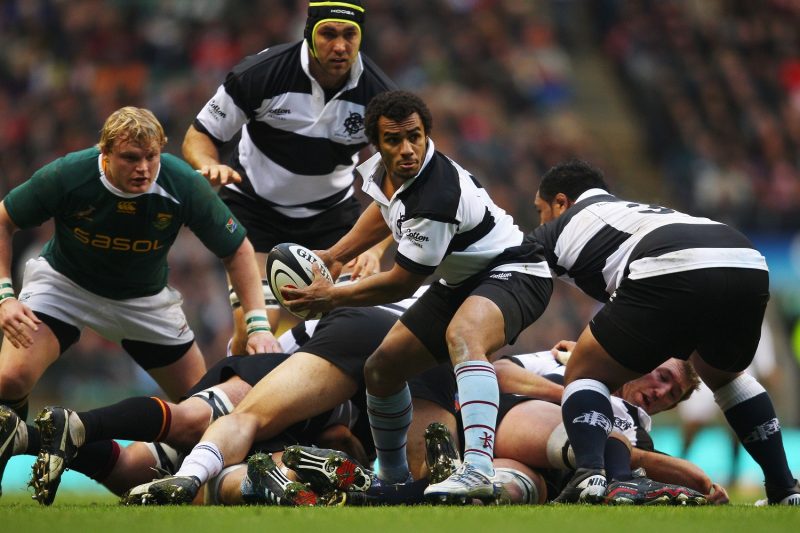 Four leading South Africa and Australia players have accepted invitations to appear for the Barbarians when the famous invitation side returns to action this season.

They will be joined by scrum half Will Genia, whose Australia side will be in Europe facing Wales, Italy and England.

The Barbarians have set the bar high for the new recruits in 2018 — they are returning to Twickenham after the record-breaking 63-45 win over England earlier this year.

“Last season was a vintage one for the Barbarians with a splendid win over England, wonderful performances against New Zealand and Australia, and the successful launch of the club’s women’s team,” said Barbarians chairman John Spencer.

“We’re delighted that these four established international players will be joining us when we take on Argentina for the third time. It’s a reflection of the enduring reputation of the club that we are able to attract greats from around the globe to come together and play with skill, flair and enjoyment.”

The first four members of the Barbarians’ Killik Cup squad have 295 internationals behind them. Mtawarira, who is South Africa’s most-capped prop with 103. Etzebeth and Pollard have won 69 and 31 caps while Genia has made 92 appearances for the Wallabies before today’s (Saturday) match between the countries.

Etzebeth and Pollard will be making their first appearances for the club while Mtawarira and Genia both featured in the Baa-baas’ famous 2009 victory over New Zealand.

More news about the Barbarians coaching team and player invitations will be released in due course.

Tickets are available from £20* for Adults and £15* for Kids. Visit www.ticketmaster.co.uk/barbarians or call the Ticket Hotline 0844 844 0444 *Booking fees apply