Home / Featured / Michael Cheika needs to bridge the gap to the All Blacks, says ARU chief

Michael Cheika needs to bridge the gap to the All Blacks, says ARU chief 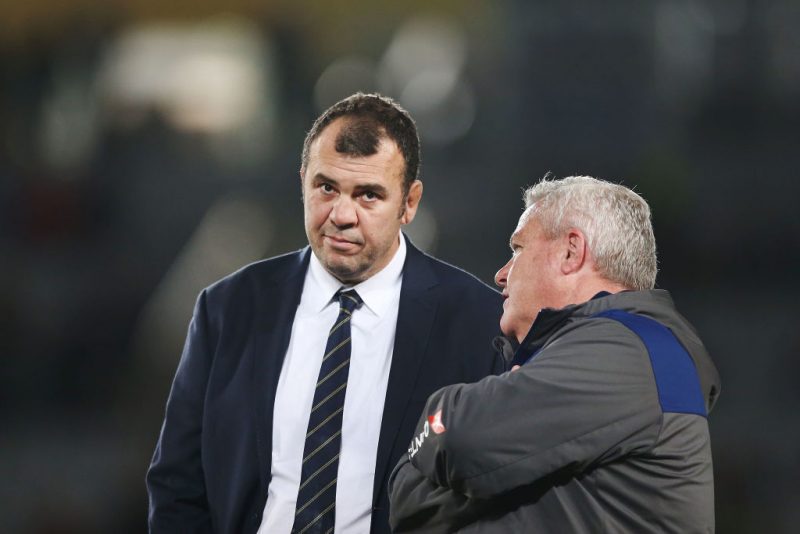 In something of a vote of confidence Australia Rugby Union chief executive Raelene Castle has insisted Michael Cheika has the support of the board heading to the Rugby World Cup in Japan.

The under-fire Wallabies head coach has had his future cast into doubt in the wake of the team’s shortcomings against New Zealand in the two Bledisloe Cup Tests.

Chief executive Castle said the board ‘can’t just ignore’ the 38-13 defeat on home soil which preceded the 40-12 thrashing at Eden Park at the weekend, but that Cheika was a choice the board were ‘comfortable’ for when the world descends on Japan next Autumn.

“He’s contracted through to World Cup. He’s got a plan, we’re across that plan, we’re comfortable with it,” Castle said in Brisbane on Tuesday. “But clearly, you can’t just ignore the performances, they’re not acceptable.

“So it’s about what can we do to support him as an organisation to make sure he’s got what he needs to make sure the Wallabies are successful as we lead into that World Cup.

“It’s hard, because we all want to beat New Zealand. That’s the reality. They’re the benchmark, they have been for such a long period of time,”

“Certainly from our perspective, the board and myself, our support’s behind Michael Cheika.”

On top of losing a June series to Ireland on home soil, the All Blacks have stacked pressure against Cheika who has seen the Wallabies win once in seven matches.

Seeing the team concede 78 points over the two Rugby Championship matches, Castle pinpointed defence as an area of concern.

“There are parts of our game that haven’t performed, particularly around defence,” she said.

“So we will be having conversations around that. But I don’t think it’s about changing what we’ve got. It’s about what else can we bring.”

Australia’s next game will see them return to the Suncorp Stadium in Brisbane to welcome the Springboks on September 8.