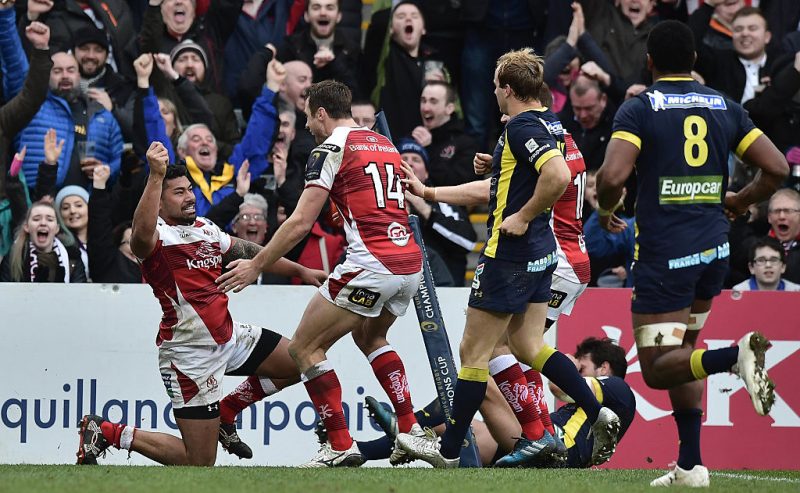 Charles Piutau is gearing up for his Premiership return with Bristol and couldn’t have asked for a better opener to make him feel part of the Bristol family.

The Bears kick-off the campaign by welcoming local rivals Bath to Ashton Gate and the former All Black star is relishing the prospect of lining up with some of his old mates from home – plus his old mentor Pat Lam.

Piutau, 26, who arrives in Bristol from Ulster ahead of the club’s top-flight return, links up with his brother, Siale, former teammate and close friend, Steven Luatua, and head coach Lam, his former boss at the Blues in Auckland.

And as the new kid on the block, Piutau has been getting to grips with the intricacies of the West Country rivalry, with the help of his teammates.

“It’s nice knowing who we are playing against first – it just adds to that focus in training,” Piutau told The Rugby Paper.

“I went to a couple of games last season and considering the numbers that turned up at Ashton Gate for Championship games, I can only imagine what it will be like in the Premiership, especially against Bath on the opening day of the season.

“As someone just starting at the club, I’m learning about the derby and how much it means to everyone in Bristol. So, with the rivalry between the two cities, what a way to get started.”

Following the derby clash, Bristol head to Allianz Park to face champions, Saracens, before a second West Country clash sees them take on Gloucester at Kingsholm. And Piutau – whose first taste of English rugby saw him take the Premiership by storm in a Wasps shirt during their 2015/2016 march to the final – is well aware of the challenges that lie ahead.

“Usually, when a team gets promoted, the first thought is on survival, but we’re going into the season with a really positive mindset and we’re excited about the challenges that lie ahead,” he said.

“Obviously, there are no easy games in the Premiership, so we’ll have to make sure our performances are of a high level.

“We’re ambitious, we’ve got a really strong squad and we can’t wait to get started.” 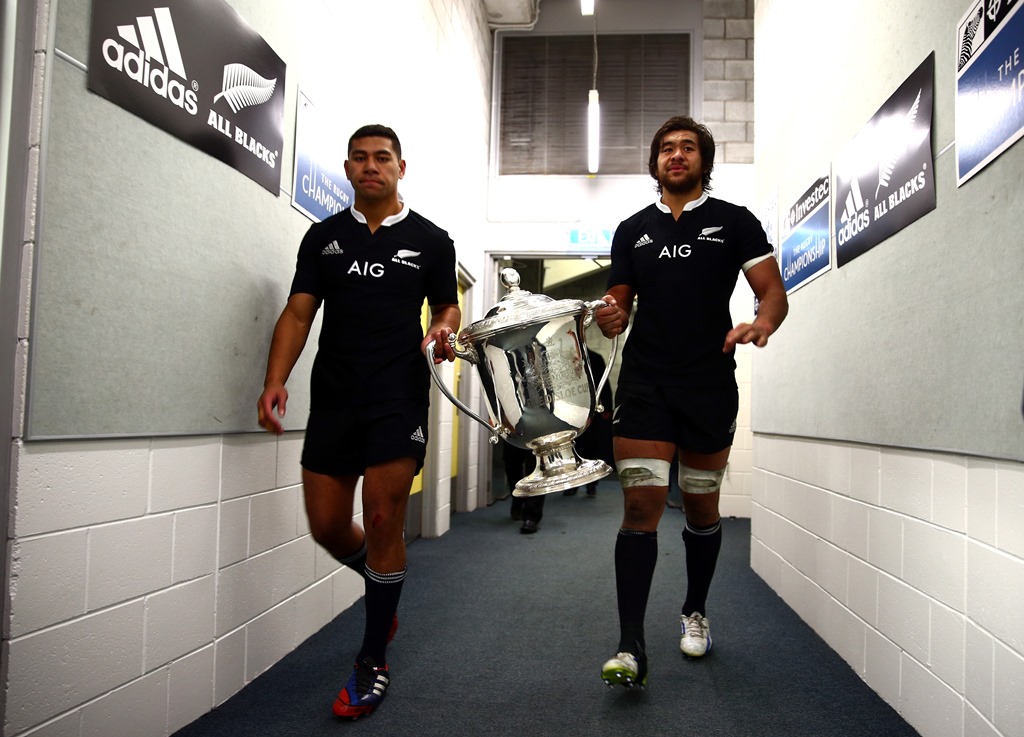 Bledisloe buddies: Chales Piutau and Steven Luatua carry the Bledisloe Cup back to the All Blacks dressing room after downing Australia in the Rugby Championship in 2013 (photo: Getty Images)

The Bears announced the signing of the blockbuster utility back, who won 16 caps for the All Blacks before joining PRO14 side Ulster – via a dazzling spell with Dai Young’s Wasps – as early as August 2017, with Pat Lam securing the sought-after signature of a player whom he gave a Super Rugby debut to in 2012.

Committing his future so far in advance gave Piutau “peace of mind” to focus firmly on the job in hand at Ravenhill, where he made 44 appearances over two seasons.

“I think once it was announced and the signing had happened, I could park it and focus on the job at hand.

“I think it gives you peace of mind and my focus was just on giving my all to Ulster and performing my best. Now the time has come, it’s nice to be here among the guys at Bristol, settling in and getting started.

“It’s been a lot easier having familiar faces and relationships with guys you’ve been involved with before – and in my case, having my brother here with his family is amazing. There’s also Steve Luatua, who I know from the Blues, and then obviously Pat Lam, below, so it’s definitely made the transition into the club a lot easier.”

As well as lining up beside older brother, Siale, Piutau is relishing a reunion with Lam who plucked him from the Sevens circuit as a fresh-faced 19-year-old in 2012.

“Pat was the head coach at the time with the Blues and I had been playing Sevens that season for New Zealand. My season was finishing so I was waiting around for the ITM Cup to get started, but, that year, the Blues had a lot of injuries and Pat gave me a call and an opportunity to play the last two games of the season.

“I played those two games and ended up getting a three-year contract for the Blues, so I feel very blessed and lucky to have had that opportunity.

“Both of us have learnt and grown on our different pathways since then and it’s definitely nice to be back in Pat’s coaching environment again and getting ready for the new season. It’s exciting and one to look forward to.”