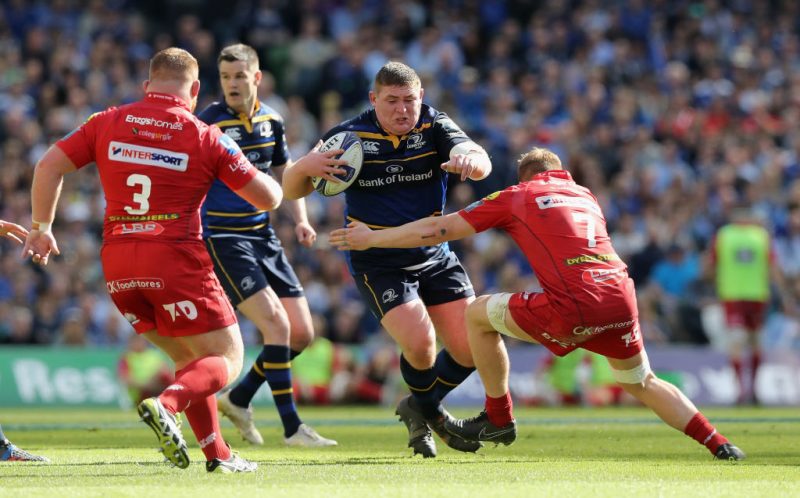 Leinster trio Tadhg Furlong, Scott Fardy and Johnny Sexton have been named in the five-strong nominees list for the 2018 European Player of the Year.

Stuart Lancaster and Leo Cullen’s side were unstoppable in downing the Scarlets at the Aviva Stadium on Saturday, winning 38-16 to book their place in the final in Bilbao where they will meet Racing 92.

The Parisians have lock Leone Nakarawa and scrum-half Maxime Machenaud complete the shortlist which will see a combination of public vote and expert panel select the winner.

Wallabies international Fardy was named man of the match in the semi-final after being rewarded for his workhorse ethic with a try in the 50th minute. Sexton capped off industrious work by the Leinster pack to step in from the blindside to score ten minutes later and put the chance of a Scarlets second-half comeback beyond doubt.

It was this spell of play after the half-time break that impressed head coach Cullen the most about his team’s display in front of a crowd of 51,700.

“Ultimately we’re delighted to get the win. We have a lot of respect for Scarlets in terms of what they have done in recent times.”

EPCR Player of the Year 2018 nominees

You can vote here