Which teams will qualify for Rugby World Cup 2019? 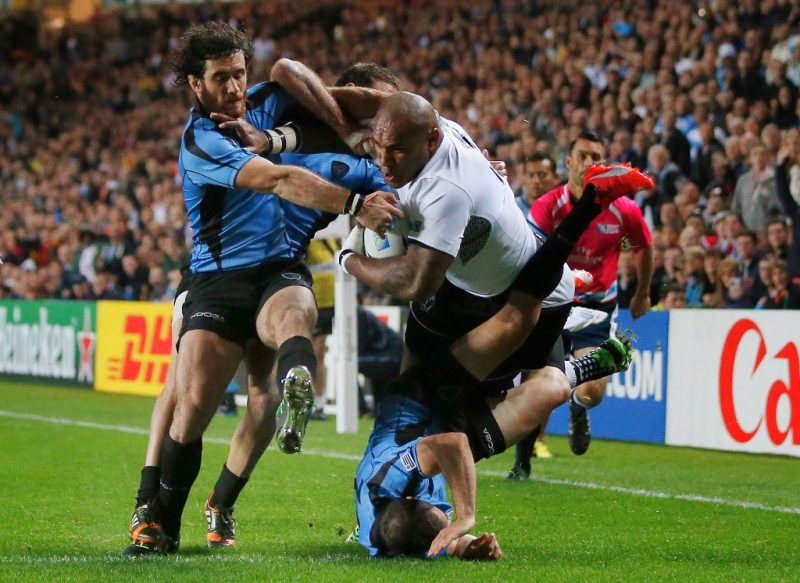 The Rugby World Cup is undoubtedly the sport’s biggest and most prestigious tournament – with the next one due to take place in Japan during 2019. The battle to qualify for the tournament is already underway however, and we won’t be sure until the end of next year which sides are actually going to be playing in it, but we can hazard a guess at some of the teams that will compete for the top rugby prize.

Of course, we do actually know some of the countries that will qualify – as the three top ranked nations from the four available pools qualified automatically. This means twelve sides are already guaranteed a place at the World Cup, with eight places still to play for. The qualification process sees regional play-off tournaments determining six of the teams, while the remaining two are decided by a cross-regional play-off and a Repechage tournament respectively. This is a rather complicated method of deciding which sides get to Japan, but it is all due to come to an end by November of 2018 – having kicked off last March. The twelve sides that qualified without having to compete for a place are Japan – as the host nation – South Africa, Argentina, France, England, Italy, Ireland, Georgia, Wales, Scotland, New Zealand and Australia. This means that the vast majority of the sport’s big name national sides are already there, but which teams might claim the few remaining spots?

Well the field has already narrowed down quite a lot since the various play-offs got underway as, out of the 79 teams that were initially bidding for a place, only 16 are still in contention. When it comes to the teams competing under the umbrella of Americas, things got underway with a match between Jamaica and St Vincent and the Grenadines, that the latter won easily – but it was Mexico and Guyana that made it to the RAN Championship final. Mexico won that, but lost to Colombia at the next stage – only for the latter to then fall to Paraguay in the Sudamerica A Championship game. Uruguay went on to win this championship and are set to play Canada – who lost their qualifier to the United States. Winning that match secured the US’s place in the World Cup, which they have competed at on all but one occasion. Canada face a tough two-legged tie against Uruguay, but given their strong record – they were favourites in the eyes of many against the US they will still be confident. Elsewhere, six sides are still competing in the Africas section – with the likes of Namibia, who recently won the Gold Cup, being a strong bet to qualify, while Tunisia – who have never played at a World Cup before – have emerged as shock contenders this time. In the Asia group, Hong Kong, Malaysia and South Korea are still standing, with the first of these looking a strong contender after beating Sri Lanka in the Division 1 title decider. Five teams remain in the Europe section and it is Germany who are showing some real form, having defeated Kenya to climb the rankings, but Belgium should also not be ruled out.

Anyone who enjoys placing a bet on the winner of the Rugby World Cup should watch these qualifiers with interest to see if any side in them looks capable of beating the current world champions New Zealand.