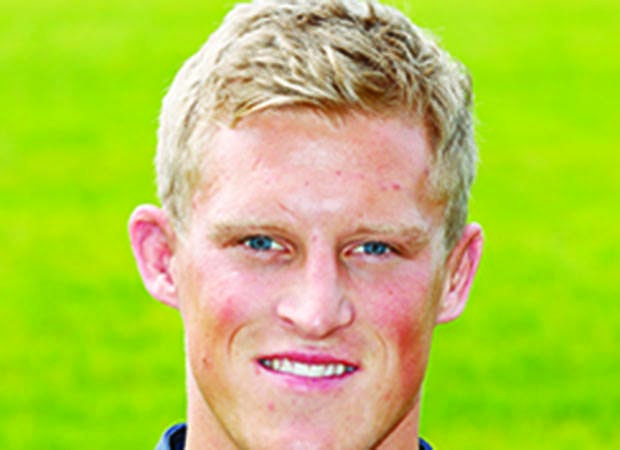 I’m living the proverbial dream as the first professional overseas player in America at the country’s first professional rugby club, Griffins RFC.
It won’t be long before I’m old news, however, as the professional game is really starting to awaken in the States and I very much want to be a part of that as do Griffins.
We’re a fairly new concern that plays against two of the top sides in the country, Dallas Reds and Austin Blacks, in the Red River Division 1 Conference. I’ve been pleasantly surprised by the physicality of games and the skill levels.
This summer former British Lions and Wales prop Darren Morris joined us as director of rugby. Darren and I played together for two seasons at Worcester. He knows everyone there is to know in the game and that’s a big help for me in my dual role as the club’s business development manager.
One thing we’re both not too keen on, though, is the ‘whooping’ you get from fans and players. They do it after a big hit or when a try is scored. Also, the banter’s not the same. I don’t think some of the young lads here would be able to take the merciless teasing I used to be subjected to by Chris Fortey when I was first starting at Worcester.
My move to the USA came about after I’d been released by Worcester following an injury-plagued end to my career there.
Dean Schofield had played youth rugby with the Griffins owner and was asked to join. Instead he passed the opportunity on to me, and here I am. My wife’s a photographer so she’s not tied down geographically through work, and as we didn’t have any kids we thought why not give it a go.
The chance to be at the start of something new and exciting, to be a trailblazer if you like, really appealed – much more than starting all over again in the Premiership where, due to ACL injuries to both my knees, I was seen as ‘damaged goods’.
Thankfully I’m fully recovered and I am fitter than I’ve ever been. Playing 12 games a season instead of 35 helps
While hoping my injury problems are a thing of the past, the lessons learned during those difficult times on the sidelines have stayed with me.
As a professional sportsman you have to learn to deal with one minute being flavour of the month and playing your best rugby and the next being injured and struggling to get back into the team.
It happened to me at Worcester a couple of times. I’d been playing England Sevens under Ben Ryan, a superb coach, and had the chance to go to the 2010 Commonwealth Games. Instead I decided to concentrate on 15s and fight Pat Sanderson for the No.7 jersey only to get injured seven rounds into the Championship season.
Thankfully I managed to get back in time for the semi-final against Bedford, one of the most nerve-wracking games I’ve ever been involved in. My best mate, Jonny Arr, and I embraced after the whistle and said: “Never again.” For Johnny, though, it was a case of déjà vu when they had to go through the whole play-off process four years later against Bristol!
I played 18 games in our first season back in the Premiership under Richard Hill and life was good. But towards the end of that year I picked up a hamstring injury and it continued to be painful throughout pre-season.
I’d torn it off the bone. Matt Kvesic, a real talent, got his chance and took it with both hands and I struggled to get much game time thereafter.
Leaving Worcester was difficult for me because I’d been there since the age of six, but, as the old saying goes, one door shuts and another one opens.