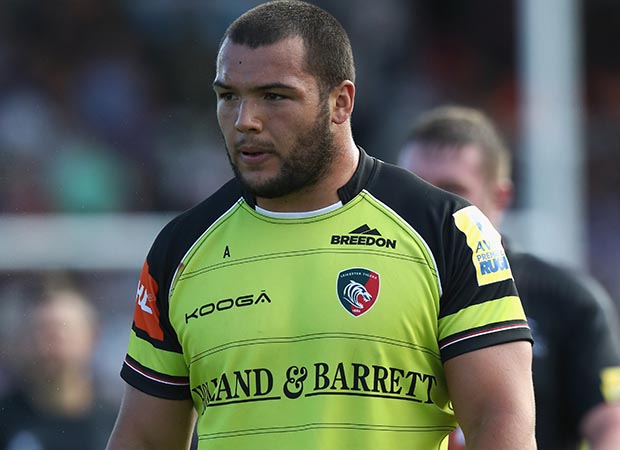 Dynamic Ellis Genge has revealed why Leicester’s sacking of the man who helped salvage his career is unlikely to deter him from signing a new contract at Welford Road.
Prop Genge, 21, is ready to commit to a new deal ten months after former boss Richard Cockerill took a punt on the England prospect, whose fledgling career at Bristol had turned sour over off-field issues he later described as “a bit of personal stuff from back in the day”.
Cockerill departed a fortnight ago but Genge, whose rampant form at loosehead could see him recalled to England’s squad following injuries to Mako Vunipola and Joe Marler, told TRP: “My deal’s not quite over the line, but I’m looking to do that. I want to be at a club that can compete and Tigers are the only club that’s been in the top four for 12 or 13 years on the trot, so my vision fits with where they want to be.
“I’ve got good mates here I want to play rugby with and we aim to make the top four again.”
Of the debt he owes Cockerill, Genge adds: “Cockers brought me to the club and he was the bloke who I came to whenever I had a problem – and I’ll stay in contact with him.
“Some people see Richard as an angry little man who goes around shouting at everyone, but I actually saw him in a different light. He’s a lovely bloke who, when I had troubles, helped me out, so I’ve got a lot to thank him for and it’s been a good move.
“At Bristol I was ‘the’ boy but when I came here I was an absolute nobody so it was hard to begin with just holding the tackle bags and trying to get some games. But now I’m playing a lot more and I’m getting tested against world-class tight-heads every week.
“I’ve had a few pastings – I won’t say who because I don’t want to give their egos a boost – but although I’m not the finished article, I’m getting better.”
Genge does not want for self-belief, as befits a man capped by England last June and who subsequently toured Australia with Eddie Jones’s senior squad.
However, he admits his recent omission from England’s 45-man EPS was a huge blow: “Of course I was upset about it but I’ve accepted it and moved on.
“I’ve spoken to Eddie and (scrum coach) Neal Hatley about the reasons, which I’ll keep to myself because they won’t want me spreading those conversations.
“But they’ll keep in contact and tell me how I’m going and I’ve got a decent relationship with them.”
Matt Mullan and Nathan Catt are in line to deputise for Vunipola and Marler, but Genge’s name will surely not be far from the selectors’ lips following an outstanding display of gainline-busting carrying ability during last week’s Premiership clash with Wasps.
He added: “Mako’s a world-class ball-carrier but it’s something I enjoy as well.
“Mullan and Catt are good players and that’s why they’re in the squad, but I’m different and I’m working hard on my scrummaging, too, so I’ll try to make an impact at Leicester.”
NEALE HARVEY