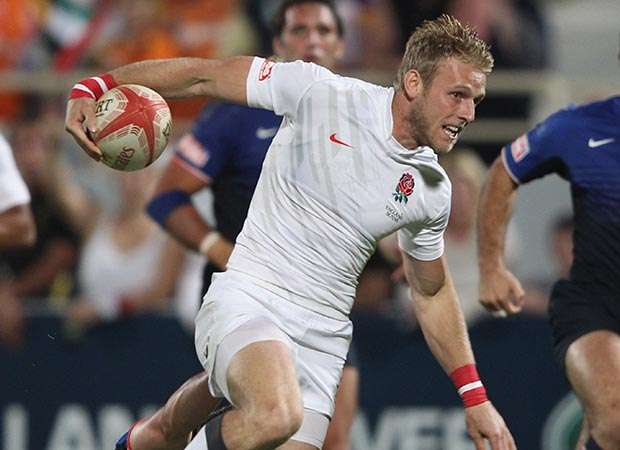 Nick Royle’s late try on January 24 helped Caldy snatch victory at Broadstreet, but little did he know it also made him the most prolific try-scorer in National Two North history.
The former England Sevens star tops the try-scoring charts for this season with 17, but his last score took his overall tally to 153 in seven seasons with Fylde, Liverpool St Helens and now Caldy, where he has been for the past two years.
While Royle admits he had no idea of the record, he is thankful to have played for attack-minded teams that helped him cross the line as many times as he has.
“I didn’t have a clue about the record,” Royle told TRP. “It was only after the game that people came to me and told me I had beaten it.
“I was on 151 before the game against Broadstreet and I got two tries to take the record. I was just happy with my second being the winning try to be honest.
“I had spent time away from that league playing with Fylde in National One as well as spending time with England Sevens, but I have picked up more tries since joining Caldy last season.
“The funny thing is that I also scored 153 tries for Fylde across both leagues. I’ve been lucky to play for some good teams; that always helps as a winger.
“We’re having a good season so far even if Macclesfield seem to be running away with the title. We’d like to be more consistent towards the end of the season and finish second.”
Royle has enjoyed a successful club career with Super League appearances for Widnes and Warrington in Rugby League to go with his Rugby Union pedigree.
He also spent four years representing England on the World Sevens Series but now, aged 32, he enjoys being close to his family as much as he can. He added: “I work for the RFU and my boss plays for Caldy so he asked if I’d consider joining him.
“It’s only 30 minutes from home which makes it easier now I’ve got two kids. Fylde was an hour away and the fact that National Two is a northern league means the travelling for away games is a lot shorter than National One.
“I’ve spent four years travelling the world with the Sevens team so it’s time to settle down.
“I had a great time on the circuit playing in four finals and winning the 2011 Dubai tournament was definitely one of the highlights of my career.”
NICK VERDIER