Posted on 27th March 2017 by Nick Verdier in Dream Team 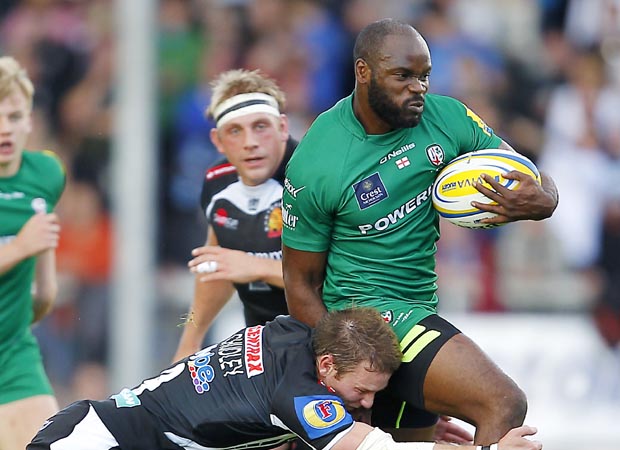 1. Clarke Dermody – It can’t be bad when your prop has hands like a centre as well as being able to scrummage. He was a class act for so many years at London Irish.

2. Schalk Brits – Another in my front row who could easily operate in the backs. The Saracens hooker has ridiculous feet with speed to match.

3. Ben Franks – I‘ve been able to see him every day for the past two years and he’s a consummate professional. He works as hard off the pitch as he does on it. And he’s got two World Cup winner’s medals.

4. Nick Kennedy – I played with him for so long and now he’s my coach. One of the best lineout operators in Europe for many years and could shift a bit too.

5. Brad Thorn – He was an unbelievable athlete for a big man. This Kiwi is one of the toughest players I’ve played against, hits very hard.

6. Ofisa Treviranus – The big Samoan is quiet off the pitch but the loudest man on it. Huge ball carrier who can punch a hole in any wall.

7. Steffon Armitage – He should definitely have had more caps than the five he won for England. Steff is up there with the best opensides at the breakdown.

8. Chris Hala’ufia – Another Samoan in my back row and he’s easily the biggest hitter and carrier I’ve played with, luckily not against! Good, down to Earth man too.

9. Danny Care – I don’t know why, but he thinks he could’ve been a footballer! What is certain he has been a class act at Harlequins for years. Poses a huge threat when he gets running.

10. Dan Carter – Unfortunately, I was on the receiving end of a masterclass from him and the All Blacks on my England debut. World class player.

11. Alesana Tuilagi – I don’t think many players would enjoy the sight of him running at you at full speed with no intention of side stepping. I certainly didn’t. Big game player.

12. Seilala Mapusua – He’s probably one of the best players I’ve had the chance to play with. He had everything apart from goal kicking even though he tried his best! Key for Irish for many years.

13. Jonathan Joseph – The biggest hands I’ve seen on a player! One of the most skilful out there. Good to see him flourishing on the international stage with England lately.

14. Christian Wade – I have seen this man do some things that many wingers can’t. Lethal mix of electric pace and great footwork. Could he be a Lions wildcard again this summer?

15. Delon Armitage – I haven’t seen anyone better than Delon under the high ball, or with a bigger boot. A class player.