Posted on 26th December 2016 by Nick Verdier in Dream Team 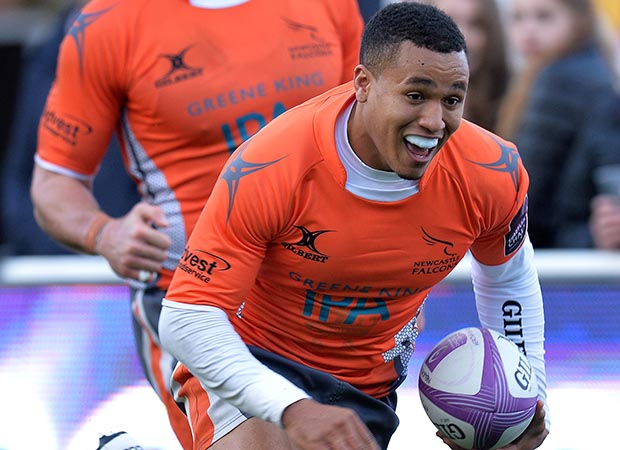 1. Mako Vunipola – Known as ‘Bacon Ears’. My old housemate is not shy of a KFC. An awesome person to have on and off the pitch. Great carrier, powerful and skilful!

2. Jamie George – I know nothing about throwing but I know he is very good at it. Very clever player and very skilful.

3. Max Lahiff – A good mate of mine. I’ve seen the man bench 200kg at 20 years of age. He looks like a young Arnold! If there is a more shredded prop I am yet to see him.

4. Will Witty – The big Yorkshireman is only 21 but he’s already a class player and has the potential to be unreal. Enjoys a few ‘tinnies’.

5. Alex Gray – He played lock in his early years and hated it, so that’s part of the reason he is here! Just moved into the centre and has all the attributes to be an unreal player there.

6. Mark Wilson – The man always gives 100 per cent every time he’s on the paddock. Great over the ball with a ridiculous engine.

7. Steffon Armitage – I have seen this guy pick a prop up with one hand and rock bottom him. Freakishly strong and guaranteed a couple of turnovers every game. Close call with Will Welch who would put his face where I wouldn’t put my foot.

8. Chris Hala’ufia – I’m pretty sure that if I ran straight into him he would end my life early. Biggest hitter I’ve ever seen!

9. Micky Young – Great feet and, great pass. Great guy off the pitch who enjoys a coffee. Special mention to Paul Hodgson, too. I’ve never seen someone make so many try-saving tackles and a man who can be heard from row Z.

10. George Ford – Runs the show from fly-half for both Bath and England. World-class vision and a very special player.

11. Sailosi Tagicakibau – During my time at London Irish the man was untouchable. Big, strong, quick and good feet.

12. Owen Farrell – Like George he’s a great leader. Such a competitor and a world class kicker.

13. Jonathan Joseph – The biggest hands you will ever see! Unreal feet, fast, good defender and a great pass. Played a game with him when we were younger and he and the 12 were in a competition of who could touch the ball the least. Not a great day for me on the wing.

14. Sinoti Sinoti – He’s in a world of his own when he plays well. He chooses to sit down props and step scrum-halves, he does what he wants. I’ve got to give a mention to Vereniki Goneva, too.

15. Delon Armitage – He runs some good lines from the back and bosses a back three. He’s fast and very good under the high ball. He’s also unbelievably competitive.