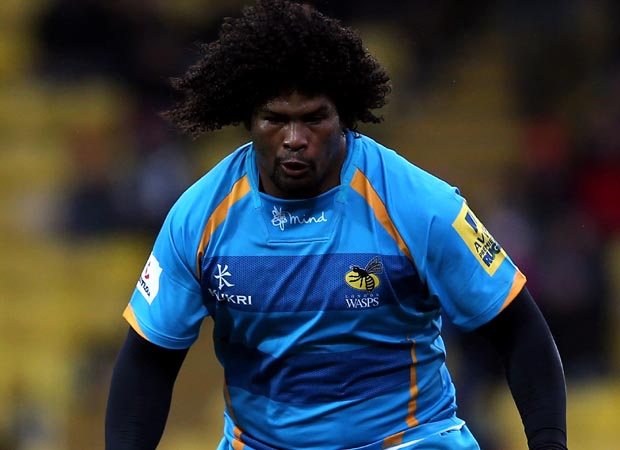 1. Os du Rant – Played with him at the Cheetahs after he came out of retirement. One of the best loose-heads South Africa, and the game as a whole, has ever seen.
2. Keven Mealamu – A very tough guy on the field but a very nice guy off it. Over 100 caps for the All Blacks speaks for itself.
3. Martin Castrogiovanni – My first game in the Northern Hemisphere was with the Boks at Leicester in 2010 and what an eye-opener! We went backwards all game and it confirmed tight-heads in Europe are superior than down south.
4. Joe Launchbury – I’ve played with and against some very good locks but Joe is going to be a Wasps and England legend.
5. Victor Matfield – Every time we played against him the boys were worried about the lineout. We had to make it as simple as possible knowing how hard it would be with Victor trying to counter us. Playing with him was much more enjoyable.
6. Juan Smith – One of the best leaders in the game. Great player to have around when I first came on the scene at the Cheetahs. Very happy to see him come out of retirement and win some silverware with Toulon.
7. Jerry Collins – I played against him a few times and the man never stops. You think he’s done but he just gets up and comes back at you. One of the toughest men I’ve faced in my career.
8. Sergio Parisse – Duane Vermeulen and Kieran Read are up there but Sergio gets the nod. One of the most skilful players around. Can create something out of nothing from the back-row.
9. Fourie du Preez – When he is on the pitch, you don’t have to think about what you need to do as a forward – Fourie will tell you. Every player who plays with him has him in high regard and there’s a reason. He’s the best organiser in the game.
10. Quade Cooper – I’ve been on the wrong side of his dancing feet a few times. In top form, he’s very hard to stop.
11. Bryan Habana – Scored a lot of tries for South Africa but his work off the ball is what makes him great. He just never stops running.
12. Sonny Bill Williams – Very hard to defend against with his offloading game. He’s quick, carries strongly and has lethal deft touches in the tackle.
13. Jaque Fourie – His organisational skills in defence are exceptional. Playing with him opened my eyes about what’s needed to play at Test level. That try against the Lions in 2009 was phenomenal.
14. Christian Wade – That guy can score tries from anywhere. He’s really impressed me since I joined Wasps and I have no doubt he’ll play a lot more for England in the future.
15. Willie le Roux – You never know what he’s going to do when he has the ball. Has brought a breath of fresh air to the Springboks attack and will be crucial to their World Cup hopes.