Posted on 14th July 2014 by Nick Verdier in Dream Team 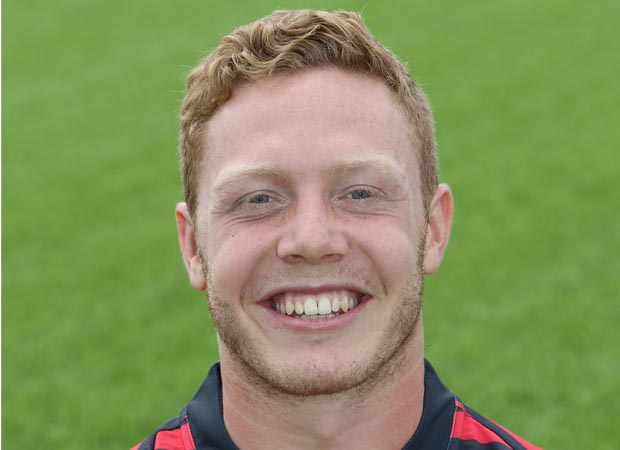 1. Mako Vunipola – Solid in the set-piece and very mobile for such a big man. One of the best laughs you will ever hear as well.

2. Jamie George – So accurate in the lineout and skilful with ball in hand. Plus he loves to get the first round in when in front of the boys.

3. Alex Brown – If you want a quote from any film then this is the man to come to. Now turning out for Exeter, he spends so much time mimicking characters from films that I am not sure who the real Alex Brown really is.

4. George Kruis – Phenomenal ball carrier and lineout jumper. He will describe himself as a mini Steve Borthwick  when it comes to the lineout.

5. Ben Gulliver – A spine-tingling defender when not found lecturing the Bedford youngsters with drinking stories of times gone by.

6. Nick Koster – Having played on the wing for the Stormers, he provides pace and huge physicality for Bristol both in attack and defence.

7. Will Fraser – A breakdown specialist. Don’t let his beefy build fool you! He can force turnovers in even the most unlikely situations combined with fearsome defence.

8. Ryan Jones – Vast experience in a key position. Will be the driving force in creating a good team culture at Bristol.

9. Neil de Kock – Arguably the nicest man in rugby. A naturally gifted sportsman with no weakness to his game.

10. Jake Sharp – Although one of the most “bulky” fly-halves in the Championship, the Bedford man has the uncanny ability to pull a rabbit out of a hat. Always partial to a double cheeseburger on the way back from training.

11. David Strettle – Very loquacious and Strets also has a bizarre liking of pumpkins. His supreme finishing ability makes him a machine when it comes to scoring tries.

12. Adam Powell – Now at Newcastle, he can read the game so well which makes him artful at taking the right decisions at the right time. He loves a debate, too.

13. Kameli Ratuvou – I had the delight of him running at me in training while at Saracens so I know what it feels like to be on your back looking up at the sky and seeing stars.

14. James Short – The London Irish wing is electric and explosive. If you need a house makeover or water feature outside in your garden, he is the man to go to.

15. Marcus Watson – He has committed his trade to the Sevens game but he has one of the most outrageous sidesteps in English rugby. He makes me feels like I’m a comedy genius, too, because he laughs at anything.

*This article was first published in The Rugby Paper on July 6.