Home / Features / Columnists / Cain column: Geordan Murphy was laid out like a lamb headed for slaughter

Cain column: Geordan Murphy was laid out like a lamb headed for slaughter 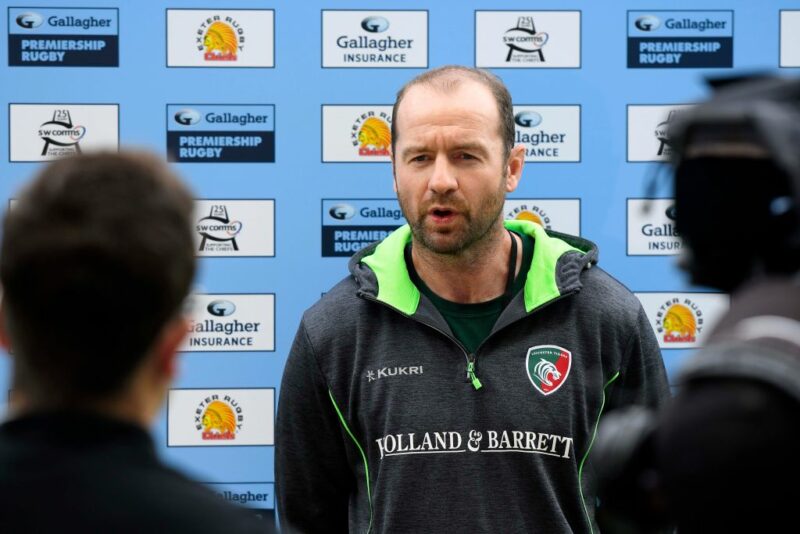 GEORDAN Murphy was reminded last week of the old football adage that the dreaded vote of confidence from the club chairman is usually the precursor to being given the boot. Murphy’s sacking as Leicester’s director of rugby on Friday came little over four months after Leicester heralded the start of the new look, new era Tigers.

This saw the affable Irishman trumpeted as forming a dream-team partnership with incoming new head coach Steve Borthwick sent on his way with the usual golden-handcuff platitudes of the “sorry to see him go” variety that are now commonplace in pro Rugby Union.

Yet, it was a different story when the appointments were announced in the summer, when Leicester chairman Peter Tom, the 80-year-old former chief executive of Aggregate Industries, and former Tigers lock, who is still the kingmaker at Welford Road, said: “We have now put in place a world-class coaching team.”

When Tom added to the fanfare in an interview on Leicester Tigers TV in early July, expressing how impressed he had been by Murphy’s handling of the player wages dispute that had engulfed the club during the first lockdown period, the renowned former full-back could have been forgiven for thinking his future was reasonably secure.

For the record, the old kingmaker said: “For all of us the last few weeks have been a real test, and Geordie’s been absolutely outstanding. The hardest thing in rugby, or football, is to go from a player to being the coach. That is a significant change in responsibility, in dealing with guys who were formerly your teammates. The past ten weeks has seen Geordie grow incredibly, and I can’t thank him enough.”

That vote of thanks turned sour just before the weekend when Tom had his hard-headed businessman hat on, declaring: “This decision, while difficult, was made to ensure we are as effective and successful an organisation as we can be at Leicester Tigers.”

However, Tom had inadvertently summed up the failings of the Leicester board he chairs, especially the unholy mess it has made of the club’s coaching appointments over the last four years.

When Murphy, who joined Tigers as a teenager, retired in 2013, having been part of Leicester teams that won eight Premiership and two European titles, he joined the club’s boot room. In the space of just four years the favoured son was promoted from skills coach, to backs coach, to attack coach, and then – after weathering the storm that saw three head coaches in quick succession sacked – starting with Richard Cockerill (January 2017), and followed by Aaron Mauger (April 2017), and Matt O’Connor (September 2018) – he was made interim head coach.

Immediately after replacing O’Connor, he managed to take Leicester to a fifth place league finish – but, thereafter, his lack of coaching experience showed, and his over-promotion by Tom and his board backfired as the club plummeted to the basement of the Premiership, finishing 11th in 2019, and 11th again in 2020.

Although the Tigers were saved from the drop to the Championship by the relegation of Saracens due to salary-cap breaches, the cash-strapped Leicester board have been looking for savings – and Murphy, who had been moved sideways so that Borthwick could be installed as head coach, was a cut that the bean-counters at Welford Road could not overlook.

My view is that Murphy fielded one of the biggest hospital passes in Premiership history when he was promoted to be Tigers head coach well before he had accumulated the expertise necessary to do the job.

Cockerill, Mauger, and O’Connor were all much more experienced coaches than Murphy, and Tom and the Leicester board are guilty of hanging one of the Tigers’ most illustrious players out to dry – after 23 years with Tigers, man and boy – at a time when the club was at a low ebb due to its own poor management of coaching succession.