Home / Features / Columnists / Brendan Gallagher / Rugby Matters: Georgia know the eyes of the world are on them

Rugby Matters: Georgia know the eyes of the world are on them 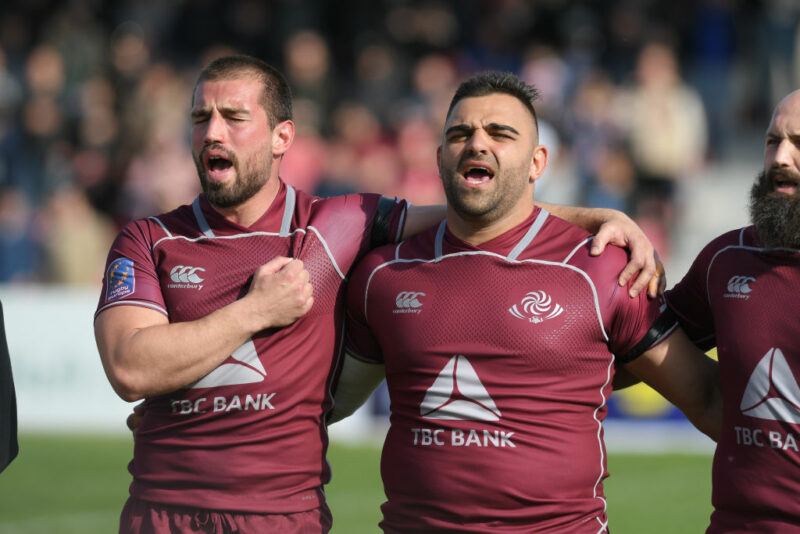 TIMING can be everything in sport and, at first glance, this November and December is not a great time for Georgia to belatedly take their place at top table in the Autumn Nations Cup.

Following RWC2019 they have suffered a raft of retirements, there have been political upheavals in the union, long standing head coach Milton Haig has not yet been replaced and, of course, there has been a degree of Covid disruption.

Having said that it should be emphasised that Georgia has been one of the least affected nations in the world with just 19 fatalities. In fact, having been allowed into the tournament, there would be a strong case for asking Georgia to host a few games but that evidently is one dream too far.

Seven weeks is not much notice to prepare for the biggest rugby challenge in their history so there are many good reasons for the Lelos to feel a tad anxious about the coming months. Georgia, however, is also a pint half full kind of nation – it’s how they survived and ultimatley separated themselves from the Soviet Union – and they are absolutely buzzing at the prospect of what lays ahead.

There are some real positives to factor in. With Georgia escaping relatively lightly from the pandemic their home-based players have been in full training for ten weeks or more while they have never had so many professionals based in France, with the majority being members of their recent U20 squads who have competed with honour in the last four Junior World Cups. Unlike Fiji and Japan, whose withdrawal has opened the door for Georgia, the Lelos also packed in four Tests in February and March in the Rugby Europe Cup.

While you might argue their senior side have dipped since RWC2015 after years of solid improvement, a changing of the guard is now due with the next generation beginning to emerge. This is their time and what they need more than anything, three years out from RWC2023, is a run of Tests against T1 opposition. In the past that is precisely what Georgia were always denied outside of World Cups but now it has fallen into their lap.

In fact Georgia had already arranged Tests against Scotland and Russia before the call-up came, so for six weeks they will have top quality rugby coming out of their ears.

“We are under no illusions as to just how tough this is going to be but we are also very excited,” says their high performance manager Pete Drewett, one of the architects of Exeter’s rise back in the noughties. Indeed it was he who appointed Rob Baxter!

“One gauge of that is how disappointed everybody was in Georgia when initially we were overlooked for the tournament. What we read about sounded perfect for the group of players and missing out hurt… but now here we are, invited after all. It’s been a strange year.

“We have a genuinely talented generation coming through to augment some of the more experienced guys and this is only going to accelerate their rugby education at the elite level. They need that exposure to progress.

“Those Junior World Cups can be incredibly brutal, five or six games in just over two weeks against the best sides in the world and this generation have shown they can rise to the physical challenge. Now they need the opportunity to develop as players and experience for themselves an entirely new level. Outside of the World Cup every four years no Georgian players have ever experienced such an intense period of top level Test rugby.”

Things have been moving very quickly this week and Georgia are awaiting the final tournament protocols but clearly they will have to arrive well ahead of their opener against England on November 14 and go into a bubble at their designated team hotel and training centre. One also assumes they will have to travel with a much bigger squad than normal as it will be difficult to fly replacements in given restrictions.

That might present a few issues. Generally Georgia have a good relationship with the French clubs but the elongated World Rugby authorised Test window this autumn – October 24 to December 5 – has been hotly contested by some in the T14. Even with the existence of Regulation 9 we wait to see if the Lelos get to pick everybody they would wish. But with the eyes of the rugby world on the tournament they are hopeful.