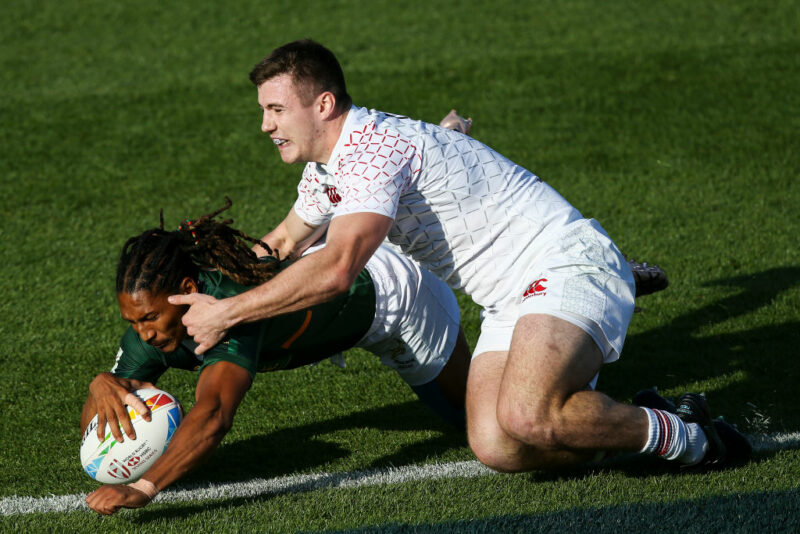 So farewell then to the England Sevens programme as the RFU continue to make swingeing cuts to deal with the current financial crisis. It’s a harsh blow and the massive and avoidable overspend on the Twickenham ground improvements – notably the corporate facilities – a few years back makes all such redundancies doubly regrettable.

In the short term it surely also sounds the alarm bell for the World Series itself because if the RFU are encountering such financial difficulties you can bet your life others are as well. For some smaller nations their Sevens squad is almost the flagship team of the union while other bigger unions might start to look on the Sevens programme as a luxury they can no longer afford.

The last four events of last season’s series were scrubbed and already the Dubai and Cape Town legs of the 2020-21 series have been cancelled, while John Jeffrey is chairing a working committee evaluating the feasibility of other later tournaments. It’s all a bit fraught especially with teams looking to work towards the rearranged 2021 Olympics.

All of which makes now the perfect time to quickly review the England Sevens programme which has left me a little confused over the years – and I speak as a lifelong fan and supporter of Sevens rugby.

What I have never really understood is what the RFU – England – have been using Sevens for, especially their long standing Men’s programme. The Women’s programme, in contrast, was a very important and welcome first step in getting some level of professional rugby into the Women’s game.

But the Men’s programme? How has it progressed England rugby and/or developed elite players? What exactly has been its rasion d’etre. Since their win in Dubai in 2011, England have won just four tournaments in the last nine seasons – Wellington in 2013, Japan in 2015, South Africa in 2016 and Canada in 2017. In all honesty that is pretty modest level of success for the best funded team on the curcuit.

Nor has there been a World Series title to celebrate and, in the professional era, a World Cup Sevens crown. Ironically – or perhaps instructively? – England’s two World Cup titles in 1973 and 1993 came when they threw a talented squad together at the last moment.

Too harsh I hear some of you cry and if the sole objective was player development I would agree wholeheartedly. There has always been huge value in a lung bursting, skills enhancing, season of Sevens for a young tyro or perhaps a Rugby League import or a big name rehabbing after a bad injury or career dip.

That’s how it used to work in the early and mid-noughties when England stunned the world and made off with four Hong Kong titles and produced rugby of exceptional quality at the 2006 Commonwealth Games Sevens when they took silver. The likes of Josh Lewsey, James Simpson Daniel, Phil Greening, Henry Paul, Phil Dowson, Rob Thirlby, a young Danny Care, Mathew Tait, Tom Varndell, Magnus Lund, Ugo Monye, David Srettle and Richard Haughton used to move in an out of a squad which was meshed together expertly by top class Sevens specialists such as the brilliant Ben Gollings, Simon Amor and Andy Vilk.

It all made sense back then. There was a direct connection between the England Seven and the club and Test game. It added and diversified England’s talent pool, Sevens was a part of the picture in the same way that the England A, England U21 and the England Schools teams were.

But then it all changed. That connection was severed. The clubs became less willing to give up either a senior player or a promising youngster for large chunks of a season while after  Sevens was accepted as an Olympic sport, many looked on it as a specialist sport in its own right.

Sevens players stopped playing Fifteens and vice versa – Bath wing Ruaridh McConnochie would be the exception to the rule. England Sevens turned to players who, for whatever reason, had either not made the grade at Fifteens or weren’t particularly looking to pursue a Fifteens career

England’s hard working squad of Sevens specialists have been competitive but rarely winners.  Since 2011 they have finished runners up in the World Series once (2016-17) and managed a third place in that 2010-11 season and then again the next year.

They are invariably ball park, skipper Tom Mitchell is a terrific rugby player and leader and the likes of the veteran Dan Norton, below, a real speed merchant who really should have been moved onto Fifteens at some stage, can point to a mind boggling 354 tries in his World Series career. England also provided the backbone of the GB squad at Rio 2016 when they took a silver medal

Objectively, however, England have fallen between two stalls and that is what the RFU bean counters have surely been looking at. Sevens’ contribution to the wider England picture has undeniably decreased while at the same time the Sevens specialists had failed – not by a lot – to become the major gold medal winning force on the Sevens circuit.

Hopefully in more prosperous times down the line the Sevens squad will be revived but I can’t help thinking its role will have to be redefined.