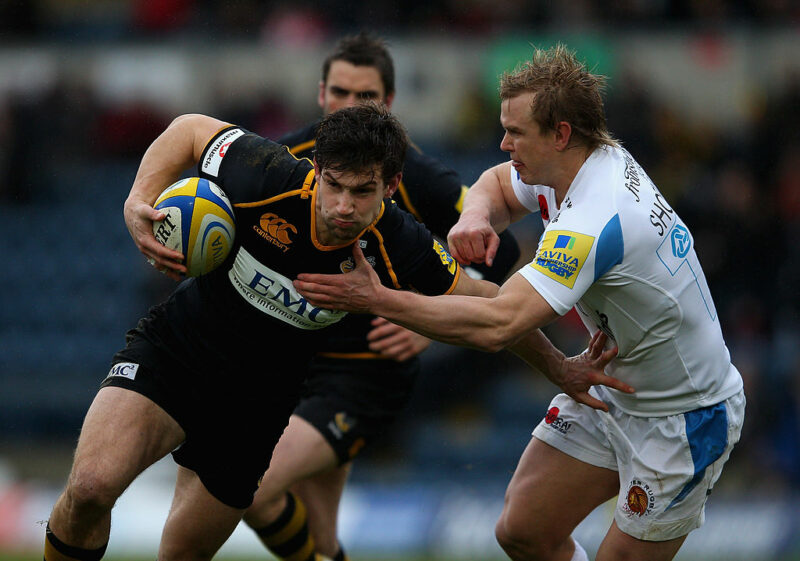 Gloucester showed they were willing to take a risk by appointing George Skivington as head coach and Skivington has done the same by bringing in Dom Waldouck to coach his defence.

I like the appointment of Skivington, 37, because he is a young, aspiring English coach and it is an unbelievable opportunity for him. While Skivington went for the tried and tested option of Alex King to marshal his attack, he went left-field for his defence co-ordinator in Waldouck – both former Wasps teammates.

Waldouck was an England Saxons centre with big raps when he was young until a ruptured Achilles stymied his progress. He was part of the successful Wasps side coming off the bench as a 20-year-old when they won the Heineken Cup in 2007 and started in the 2008 Premiership final when they beat Leicester.

I’m not sure if he’s been a journeyman since that injury in 2011, but we’ve not heard of him much through stints at Northampton, London Irish and over in America, before joining Newcastle where he was a player-coach last season.

I think anyone who has played rugby for long enough could be a coach of some sort, whether it be overall or attack, defence, skills or a positional coach. Waldouck was a strong inside centre and played alongside some great players in his time including one of the best defensive centres in Wasps’ Fraser Waters.

Waldouck was given the opportunity by Dean Richards to take charge of the Falcons’ defence in the Championship last season and while it will be a big step up to take charge of a Premiership defence, having King alongside will be a huge benefit – and it’s great for the club that Trevor Woodman is still part of the coaching set-up.

I’ve known Kingy a long time. He was breaking into England contention in the autumn of 1998 and made his first appearance at Twickenham as a replacement against South Africa when we won 13-7 to stop them getting the world record for consecutive wins.

Wasps were playing incredibly well at the time and Kingy pulled the strings for that team. They won numerous titles and I would like to think his playing and coaching credential will earn him enough respect from the players. Most of them will know of him from his time at Northampton – if they don’t know, all they have to do is Google him and see what he’s achieved.

Like Paul Grayson as a player, Kingy was not the quickest or renowned for making lots of breaks, but he was a good reader of the game, good positional player, good communicator and essentially could run

a game. You hear the phrase game-management mentioned a lot by pundits and King had game-management. It’s no surprise he went into coaching and has been successful.

There had been chat of him being included in England’s coaching set-up but it never quite happened. You’d like to think he was at least asked and interviewed because he’s one of England’s most experienced young coaches after a successful spell at Clermont, then Northampton, Wales and most recently Montpellier.

Clermont were a very good all-round side with a monster pack and when King finished his playing career there he moved into a coaching role and helped them win their maiden Top 14 title. At Northampton he helped them to the 2014 Premiership title and, after a brief stint coaching Wales’ backs at the 2017 Six Nations, he has been at Montpellier.

Now it is a brilliant opportunity to come to Gloucester with this incredibly young coaching team and build something special. King, 45, along with forwards coach Woodman (43), offer experience and it’s an exciting unit with Tim Taylor (37) as skills coach. Woodman is a wonderful man and to have him there still is brilliant – who knows Gloucester better than him?

The question that everybody will be pondering is how well King will get on with Danny Cipriani, another former Wasps teammate.

I don’t know, but you can surmise from what you read, that Danny is more reflective these days and is getting to that point in his career where he should want to enjoy it. Your standards will still remain high but you’re hoping you’re more at ease with life and accept people’s limitations more easily. The way that King used to play rugby, and the way that Cipriani plays today, should make it a decent blend.

It is an amazing opportunity for Skivington and the club’s owners must have been mightily impressed to choose him ahead of such a big name as Michael Cheika. Cheika has a proven track record – international and domestic success – whereas a lot of Gloucester people would have had to Google Skivington.

It seems to be a young, energetic coaching squad and that should help to get the players revved up. Fans are incredibly loyal at Kingsholm and want their team to do well, but like anybody else, they can be quick to point fingers if it doesn’t go well.

They’ve got some real excitement there in the squad and I believe the fans have enjoyed what Cipriani has brought. Outside him Louis Rees-Zammit is thrilling, Jonny May has come back and with Willi Heinz and Joe Simpson vying for the No.9 shirt, Henry Trinder at centre and Jason Woodward at the back Kingy has a lot of talent to pick from. A resurgent Ben Morgan is also a big plus but Franco Mostert moving to Japan is a big loss in the second row.

Coaching is incredibly hard. You have to get the whole squad on the same page; it must be like herding cats. If you can get your message across you can build a Saracens or an Exeter. When you watch those two teams the game looks simple. It looks beautiful.

At those two clubs the players perform at 7.5/10 and above every game, and if all your players do that you will finish in the top four.

If this coaching team can simplify everything and communicate their message, Gloucester are good enough to be a top team in the Premiership. They will have an open conversation to start with and ask the players: do you want to come on this journey because it’s going to be great fun, but flipping hard work. If they do, they stay. If they don’t they need to get rid of them quickly.

It’s an exciting time at Kingsholm and I would love to see this young coaching set-up be successful – even if it is Gloucester!