Posted on 28th July 2020 by admin in Brendan Gallagher, Features 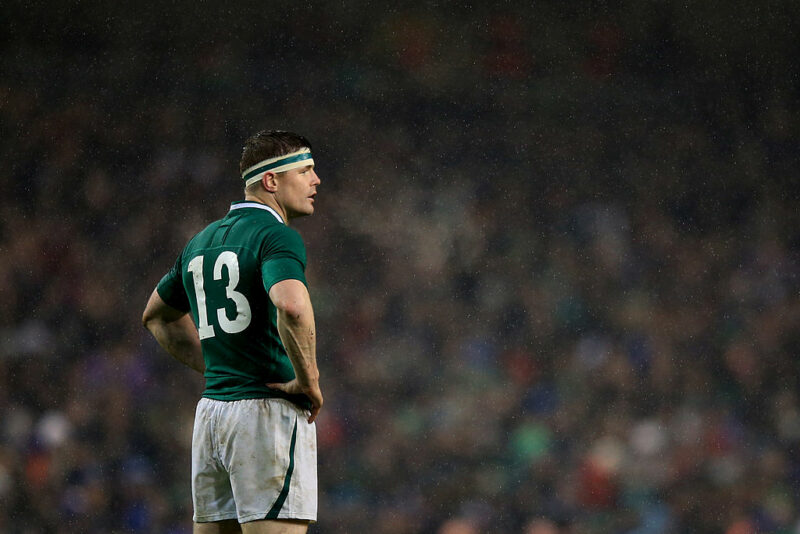 BRENDAN GALLAGHER kicks off his countdown of rugby’s 20 most influential and inspirational captains to have led their club and/or country.

A strange choice you might think given that no player in history has captained his side to more defeats (76) but just think how calamitous it might have been for Italy had Parisse not been there leading the resistance and inspiring his troops. Parisse never failed to get himself up for the fray, he was always good, often brilliant, he was patient with lesser players and never stopped believing or let heads drop. An outstanding captain of a poor side. In France he captained Stade Francais to the 2015 T14 title.

Took charge of a very good Scotland side between 1989 and 1992, a thinking captain and an extremely awkward prop to scrummage against. Masterminded the almost slow-motion walk out of the tunnel at Murrayfield before the Grand Slam decider in 1990 which saw tension rise to a fever pitch and indicated Scotland were focussed and up for the fight. Was also in charge when Scotland achieved a best-ever fourth place at RWC1991, coming so close to reaching the final after a tense semi-final with England.

Actually had a better record when not captaining the side (82 per cent win rate) as opposed to when skippering (58 per cent) but he led with such style and panache nonetheless and many would argue he was always France’s ‘leader’ whether he wore the skipper’s arm band or not. His most noteworthy days as captain were a splendidly heroic and rare win over New Zealand at Eden Park in 1979 when he played on with a busted shoulder while he was the guiding force to their impressive 1981 Grand Slam. France looked set to send him off into retirement with another Slam in 1984 but Scotland had other ideas.

Massively experienced and respected lock who has spread his wings as captain after the retirement of Sam Warburton. Thus far his record is 22 wins and 16 defeats while in charge of Wales and the Lions but it is the quality and nature of some of the victories that really counts. In 2013 he stepped in at the last moment when Warburton was injured to see the Lions home in some style against Australia, while in 2019 he presided over an outstanding Wales Grand Slam. Enjoyed a fine RWC2019 in charge with Wales fulfilling their potential to finish fourth after pushing the Springboks very close in their semi-final.

Another who took on a huge burden as he plotted the rise and rise of Argentina as skipper between 2000 and 2007. Not only was he an impassioned skipper, he was arguably their star player at scrum-half and being fluent in at least four languages he was their spokesperson generally having to make, time and again, the case for Argentina being allowed a place at the top table. It must have been exhausting but it never showed as each autumn the Pumas presented themselves in Europe and took a scalp or two. The culmination was their brilliant RWC2007 campaign which resulted in a best-ever third place.

An important skipper for the emerging Samoans, taking his teams with him by dent of his own excellence as a player. After making his debut as a player at RWC1991 – in the famous win over Wales – it was Lam’s leadership and outstanding play that saw the minnows maintain world class standards throughout the 90s, again reaching the World Cup quarter-finals at RWC1999 and beating Wales in Cardiff again en route to the RWC1999 play-offs.

Captained Ireland on 84 occasions between 2002 and 2012 and a 62.5 per cent success rate was very decent over such a long period of time, even if you sensed sometimes the captaincy weighed heavy. He was always his side’s key man in attack and the main cog of their defence and had an incredible workload before he even considered the captaincy. It’s interesting that when he finally got Ireland over the line for their first Grand Slam in 61 years in 2009 he spent most of that celebratory night laying low with a migraine!

Had the respect and the ear of all refs and that also counted for much and Ireland had their skipper to thank on countless occasions for bailing them out. You did sometimes wonder though if O’Driscoll the player was happier as a lieutenant, as was the case in the three Heineken Cup wins he contributed to under the captaincy of Leo Cullen.

Often overlooked but he was one of the most successful club captains the game has seen, turning London Welsh into one of the great sides of the late 60s and early 70s, a period in which he was virtually the coach as well. Then he guided Wales to a superb Grand Slam in 71 followed by the triumphant Lions tour of that summer when he didn’t miss a beat. Just to top it off he came out of international retirement in 1973 to lead the Barbarians against New Zealand. That didn’t go badly either.

Dallaglio’s record as England captain doesnt jump off the page but it is his decade or more of inspiring leadership with Wasps that made Dallaglio a special captain. He was Mr Wasps, I can’t ever remember a club side being more the product of their captain. Stroppy, remorseless, brave, undaunted, ambitious, Wasps performed way ahead of what their limited resources and facilities would have suggested. Wound up by a blood curdling Dallaglio dressing room oration and taking their cue from the skipper on the field, Wasps morphed into a formidable team of world beaters on their day as two Heineken Cup, a Challenge Cup and three Premiership championships under Dallaglio testifies.

Captained the Boks a remarkable 83 times with a 65 per cent win rate which is decent enough. Was a man for the big occasion. Led South Africa to the 2002 U21 World Cup and on to their triumph at RWC2007 and a winning Lions series in 2009. Given how many felt Schalk Brits was actually a better hooker for much of this period is testimony to how important his captaincy was considered.