Home / Features / Columnists / Brendan Gallagher / Rugby Matters: Rugby in Hawaii? I am here for that

Rugby Matters: Rugby in Hawaii? I am here for that

Posted on 24th July 2020 by admin in Brendan Gallagher, Columnists, Features with 0 Comments 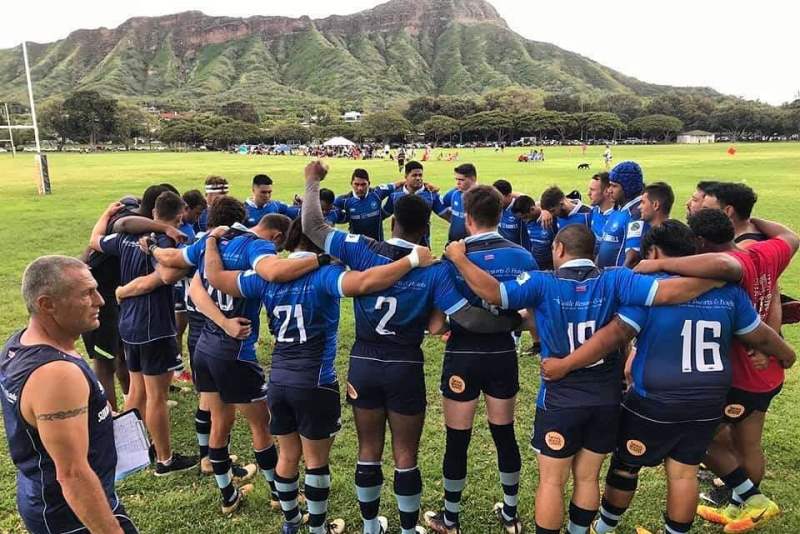 ONE of the major disappointments with American Rugby over the decades is that Hawaii hasn’t made more of an impact, although that could all be about to change after the formation of a Kanaloa Hawaii team to hopefully compete in the MLR from next season onwards.

Indeed there is even rather wild talk of running a second team and seeing if they can’t muscle in on Super Rugby when that competition is reconstituted post-Covid. I would suggest they concentrate on the MLR first. Don’t run before you can walk.

Hawaii does feel like it should be prime rugby territory. It looked to Britain, not the USA, for much of the 19th century and was briefly a protectorate and still incorporates the Union Jack on its state flag which reportedly annoys president Trump, which gladdens the heart.

It was a regular port of call for naval detachments out in the Pacific and the game was being played on the islands in the late 19th century.

Then there is the way in which the relative wealth and resources of Hawaii have always acted as a magnet to ambitious individuals from all across the Pacific Islands.  Surely some of their love of rugby would seep into the system and find expression.

On top of that a procession of rugby-friendly surfers and travellers from South Africa and Australia have made the island their home over many decades. That’s another seam of rugby interest that could possibly have been quarried.

You look at the itinerant rugby professionals who roam the globe– not the elite internationals but those in it for the adventure and to make a living for a few years – and you would think Hawaii might appeal.

There is currently a small but enthusiastic scene with about a dozen clubs in Hawaii with far and away the most established being Hawaii Harlequins – founded one drunken night in 1964 by a bunch of ex-pat Irishmen – who boast their own ground and host a top invitation tournament every October with teams from 15 nations or more jetting in.

Indefatigable tourists themselves, they somehow contrived to feature in the curtain-raiser for the 1987 World Cup when they played a Maori team from Rotorua.

All that seems very positive but there are huge forces working the other way. When you live in paradise, rugby can lurk a long way down the batting order of things to do.

You could scarcely be more remote from mainstream sport.   If this Kanaloa Hawaii project becomes a reality, imagine the logistics of a match with Toronto 4,649miles distant with a six-hour time difference. No professional franchise could possibly be formed without the sponsorship of Hawaii Airlines.

Nonetheless it emerged last week that a consortium calling themselves the Mercury Group and including five former All Blacks with a Pacific Island heritage – John Afoa, Ben Atiga, Jerome Kaino, Joe Rokocoko and Anthony Tuitavake – are looking to make it happen and all power to their elbow for that.

There is still, however, some way to go to get this over the line. The franchise, headed up by CEO Tracey Atiga, was originally thinking 2022 or even 2023 but the sudden withdrawal of Colorado has seen a spot come up for next year and sometimes you just have to seize unexpected opportunities or try.

They have passed initial muster and there will now be a 90-day negotiating period before the MLR board are asked to approve or not. Clearly the Covid-19 era is not an ideal time to be launching any sporting project but there does seem some momentum in place.

The team have approached former All Blacks assistant coach and Austin director of rugby Mick Byrne to head up the professional coaching staff. New Zealand international and Super Rugby veteran Tamati Ellison is in line to be Byrne’s right-hand man. So there is some quality in the pipeline there.

It’s a tantalising prospect. With the obvious exceptions of Australia and New Zealand,  Hawai is the location in the Pacific with the infrastructure and financial clout to provide a home for a Pan Pacific franchise.

The new team would initially be committed to recruiting a squad with at least 25 per cent of Hawaiian heritage players with the rest being made up of American qualified players and up to ten overseas players which is where the Pacific Island players would come into play.

There are players with Hawaiian connections already in the MLR. Vili Toluta’u is doing well at Seattle, Psalm Wooching a stand out at San Diego while flanker Lino Saunitoga is at Austin and wing Vetekina Malafu at Old Glory.

Meanwhile young prop Ronan Salanoa has been with Leinster for two year, perhaps he could be tempted back while you would think that with Hawaii University being one of the top collegiate American Football sides in the country on their doorstep could also be a fertile recruiting ground.

In theory this is exactly the kind of project that could help Tonga, Fiji and Samoa as well as the USA by providing a professional outlet away from the predatory eyes of European nations and the likes of Australia and New Zealand whose first inclination is still to cherry pick the best players for themselves.

World Rugby should be showing an interest but, of course, they are committed to supporting individual unions, they cannot get involved with private commercial concerns.

The pieces of the jigsaw still seem a little ill-fitting – but I wonder if on this occasion they could be eased into place.