Williams column: Signature of Owen Farrell at Saracens is good news for Lions 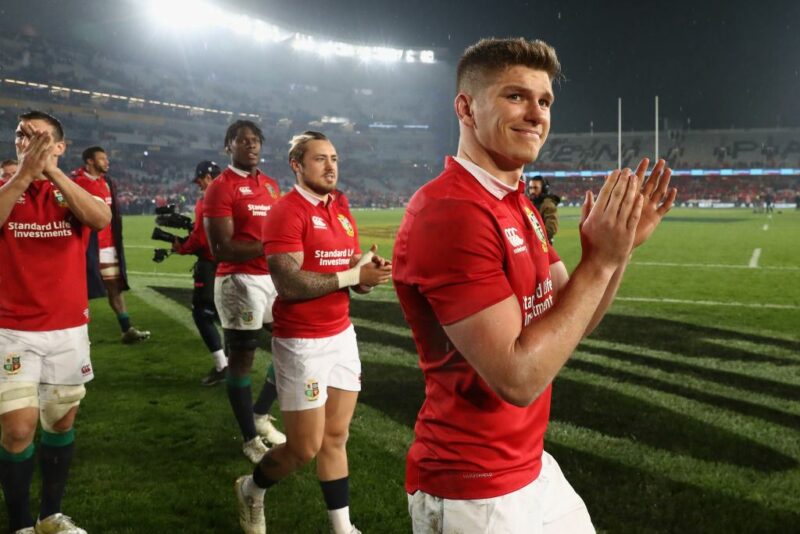 There was some good news for Saracens last week when Owen Farrell committed his long-term future to the club. Nothing remarkable about that perhaps, given he has been with the club boy and man, but it means he won’t be taking a sabbatical elsewhere while they fight for a return to the top flight.

On a broader front, it will have been very welcome news for Warren Gatland as he plots his third British & Irish Lions tour. Farrell will be one of the first names down on his squad list and is one of the strongest candidates to be captain.

Playing under slightly less pressure in the Championship should allow him to stay fresher than had he been required to play week in, week out in the Premiership and Heineken Champions Cup next season on top of what could be the most demanding series of international fixtures the game has ever known.

South Africa next summer should be Farrell’s third Lions tour and he has already revealed his ice-cool nerve, and red-hot competitive streak on the last two trips to Australia and New Zealand. Could he become one of the first Lions in history to play in three successive series and never end up on the losing side?

He could be joined in that bracket by clubmate Mako Vunipola, the Irish half backs Conor Murray and Johnny Sexton and the Welsh trio of Leigh Halfpenny, Jonathan Davies and Taulupe Faletau. Alun Wyn Jones, of course, has played in the last nine Tests, but was on the end of a 2-1 defeat in South Africa in 2009.

The sentiments expressed by both player and club in the Press release announcing that Farrell was following in the footsteps of fellow England internationals Jamie George, Mako Vunipola and Elliot Daly in signing a new contract at Allianz Park said it all to me.

“The club means a lot to me – I’ve been here a long, long time now,” said the player who began in the Saracens academy in 2008.

As for Saracens director of rugby, Mark McCall, he said: “Owen has grown up at Saracens – from a teenager in our academy to a central figure in English rugby. His drive to improve is relentless, pushing everyone in the organisation to be better every day. Quite simply, Saracens would not be the club it is without Owen.”

If it was a mission statement ahead of next season, when promotion back to the Premiership from the Championship will surely be a formality, it also revealed how much the club that has set such high standards on the field over the past decade values loyalty.

Not that they are alone in that department. The way in which all the clubs have gone about the extraordinary business of re-negotiating contracts with their players in these troubled times has revealed the incredible level of faith, commitment and loyalty the majority of players have in their clubs.

I hope that doesn’t go unrewarded when the game gets back to normal, and onto a more stable financial footing. It seems to me that while there are cuts flying around left right and centre, the biggest financial burden is being placed on the players.

Not only that, they are the ones now being expected to haul the game out of the mire by playing twice a week in England to complete this season and then a ridiculous number of international matches across the globe. After four months of lockdown everyone just wants to get back into action, but how long will they last if the fixtures keep piling up?

That’s why Farrell’s decision is such a good one for him as well as his club. If he can find any breathing space in the crowded playing calendar over the next 12 months then he will be all the better for it.

Every player will feel fresh and excited right now. You just wonder how they will be feeling when they sit down for the Christmas dinner – if there is enough time to fit that in!