Jackson column: Short-swap stars can carry on regardless 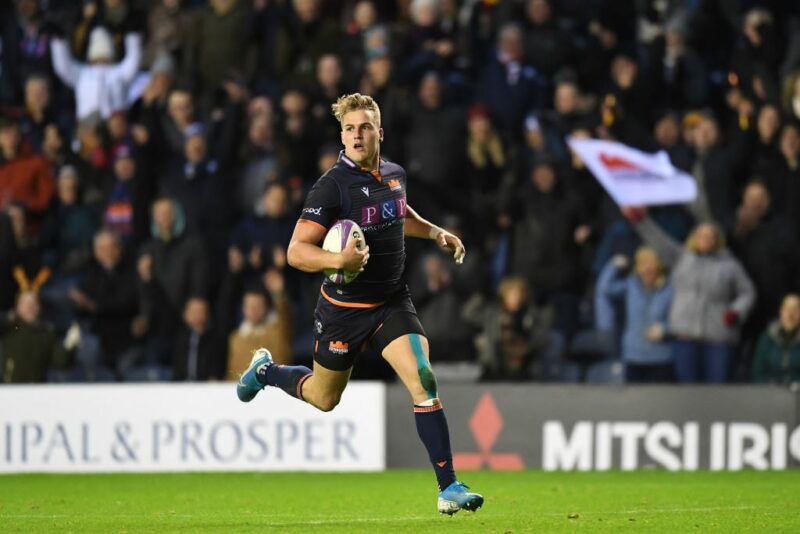 The ritual initiation of would-be All Blacks into the four tribes of the Lions began with Shaun Longstaff enlisting in the regiment of Kilted Kiwis for the first professional World Cup. More recently, the blue jersey has been wrapped around another New Zealander, Sean Maitland.

Having dressed Lesley Vainikolo in a Red Rose some ten years ago, England have done likewise with a newer model, Denny Solomona. Wales put their shirt on Johnny McNicholl last year and Ireland will turn James Lowe, once a Maori All Black, green from tip to toe at the earliest available opportunity this autumn.

Lowe and McNicholl have much in common besides being natives of the South Island. They gave Super Rugby a whirl and made their separate ways to the far side of the world, each trading in his All Black ambition for the long shot at finding a distant route onto the magic roundabout of Test rugby.

Neither had any ancestral claim which meant qualifying elsewhere via residence as countless others had done, especially post-professionalism more than two decades ago. The nationality conversion market thrived, unwittingly aided and abetted by the game’s failure to take swift action, even when confronted with a fait accompli of dodgy-dealing.

When Scotland and Wales were exposed for picking non-Scots and non-Welsh on the bogus claim that the players involved had ancestry to justify their capping, the International Rugby Board let them off with a slap on the wrist. Their failure to insist on any kind of documentary proof, no matter how flimsy, made the scandal inevitable.

The governing body found changing their name to World Rugby simpler than changing the residential rule. They waited until the protests had grown from a whisper to a howl before deciding that maybe something ought to be done, like increasing the qualifying period from three years to five.

That decision was taken in 2017 and acclaimed by its chief proponent, Augustin Pichot, as ‘an historic moment for the sport’. Now that the visionary Argentinian has resigned following his failure to unseat Sir Bill Beaumont as World Rugby chairman, he will be dismayed that it has yet to take effect.

It went on: “The reformed Regulation 8 ensures that a player has a genuine, close, credible and established link with the nation of representation.’’

More than three years later, the trade in switched allegiance from one country to another continues to thrive as though nothing has happened. In one sense, nothing has because the increase to five years’ residency on all international transfers doesn’t take effect until January 1 next year.

In the New Year, therefore, another raft of players from south of the Equator will be entitled to wear a rose, thistle, shamrock or leek.

Lowe signed for Leinster a few weeks before World Rugby increased the residency period but played his first match some months later. Ironically, he was picked for the All Blacks against Samoa in 2016 but had to withdraw to undergo shoulder surgery.

Two other Irish-based New Zealanders – Munster hooker Rhys Marshall and Connacht back row forward Jarrad Butler – will be eligible once the new season gets under way. Munster’s South African prop Keynan Knox qualifies in December, having joined the Irish province at the age of 18.

Scarlets’ Australian threequarter Paul Asquith completes his three-year stretch this month with second row Steve Cummins, another nomadic Wallaby to be found in the same part of West Wales, understood to qualify in November. Ospreys’ South African prop Tom Botha is also on course to qualify for Wales.

As proof that the sun has far from set on their empire in common with the Irish, Welsh and English versions, Scotland stand to benefit from Edinburgh’s South African wing, Duhan van der Merwe, one of the sharpest finishers in the PRO14.

Oli Kebble, another South African whose father Guy played four Tests for the Springboks in the early Nineties, is due to complete serving his time during the coming season should he wish to throw in his lot with Scotland, assuming they consider him good enough.

Not every conversion has a happy ending, as Willis Halaholo will testify. The Cardiff Blues’ New Zealander would have won his Wales cap against the Barbarians last season had it not been for a cruel mishap during a Challenge Cup tie against Leicester the previous week.

A member of Tonga’s squad at the Junior World Cup in 2009, Halaholo has not played since that knee injury. His prospective selection in the midfield vacancy caused by Jonathan Davies’ injury during the World Cup had been criticised by some, including former Grand Slam winner Gavin Henson.

After his enforced withdrawal, Halaholo took to Twitter to vent his frustration: “All the doubters, haters and people that don’t think I belong here, you got your wish.’’ Whether he gets his, remains to be seen.