Posted on 14th July 2020 by admin in Columnists, Features 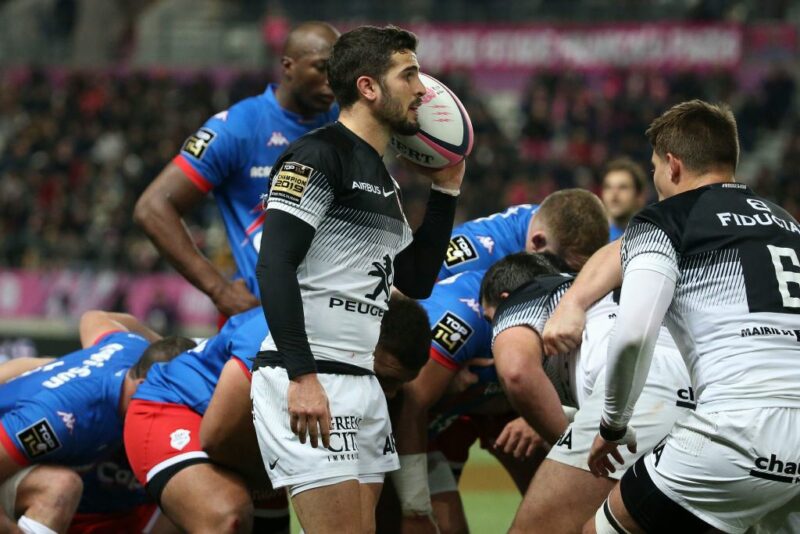 For France’s internationals, especially those playing for the six Top 14 clubs in the knockout phase of the held-over Champions and Challenge Cup competitions, next season starts off hard – and just gets harder.

The ongoing detente between professional rugby (LNR) in France and the union (FFR) was extended this week, when the FFR signed off on the LNR’s proposed calendar for the new season.

The calendar had been in the union’s hands for more than a week – and had been rejected once – and the rubber-stamping exercise was on hold pending World Rugby’s decision on the end-of-year international window.

Earlier this week, the LNR briefly threatened legal action if the FFR continued to stall. Within hours, however, the FFR had unanimously agreed to the calendar, and the LNR had said clubs would release players for an extended end-of-year international programme.

It means, as expected, the 2020/21 Top 14 and ProD2 seasons – assuming France continues to keep its coronavirus situation under control – will kick off on the weekend of September 4. The Top 14 final is inked in for June 26, 2021. And then, there’s next summer’s scheduled three-Test tour of Australia. The first Test kicks off on July 3.

In that 42-week domestic rugby period, French pro rugby has to fit in the 26 rounds of the Top 14’s regular season, followed by three play-off weeks totalling five games; 30 rounds of the ProD2 regular season, followed by three play-off weeks (another five games); the knockout phases of the 2019/20 European competitions (14 matches in total); 11 internationals – six between October 24 and December 5, including the final match of the 2020 Six Nations, and the 2021 competition in February and March; and one Top 14 promotion/relegation game.

It should be noted these figures could, but do not, include at least three play-off matches from the newly formed semi-pro third tier of French rugby, the 14-team National league – which includes famous old French rugby names Narbonne, Dax and Tarbes.

The league has been created as a bridge between the amateur Federale leagues and the fully professional ProD2, and is also due to kick off in September.

Avoiding blood on the carpet in the corridors of French power is pretty much a good thing. But the fixture list has created more bottlenecks than a city centre at rush hour during a public transport strike – and, at least seven weekends in which international and club rugby are both taking place.

We won’t know how many until the end-of-year international calendar is confirmed. What we do know is that France’s rugby authorities are keen to show they are aware of the situation.

“The LNR and the FFR are working together to find the best solutions in the context of a calendar turned upside down by this health crisis,” FFR president Bernard Laporte said this week. “These solutions can only exist in accordance with the international calendar decreed by World Rugby. We have decided to set up a working group to finalise the conditions for making our international players available through the prism of this calendar to come.”

That could lead to an agreement to select players for a maximum of, say, four internationals in the end-of-year window. That, in turn, would permit Fabien Galthie’s staff to try-out more players. That’s not necessarily a bad thing, either. That said, no matter which way you cut it, this year’s rugby schedule in France is brutal.

All may be relatively well between the FFR and LNR – but, in Beziers, the outlook appears less rose-tinted.

French rugby’s financial watchdog, the DNACG, has yet to sign-off on documents from the proposed Emirati buyers, according to Midi Olympique.

This matters. Without DNACG approval, no deal can go ahead. No word followed a scheduled meeting between the watchdog and the two parties on Thursday, which suggests the buyers have been given more time to deliver the required paperwork.

On Monday came the news that the deal had fallen through as investors central to the bid had bailed. This will only increase the tension at the currently cash-strapped club. Without a cash injection to cover its debts Midi suggests that there is a danger, however slight, Beziers could be booted down to the amateur leagues – which, in turn, would leave a hole in the ProD2 fixture list for next season.

There have been some, relatively low-key, signings this week. Hugo Bonneval has agreed to join Pau after being let go from Toulon and 19-year-old scrum-half Baptiste Germain – a likely future French international – signed for Toulouse from Bordeaux. But with several clubs formally closing their chequebooks for the year, don’t expect too many more before the window formally closes on July 15. Unless, that is, the Beziers buyout goes through before then.