Williams column: New Zealand crowds show they back the players 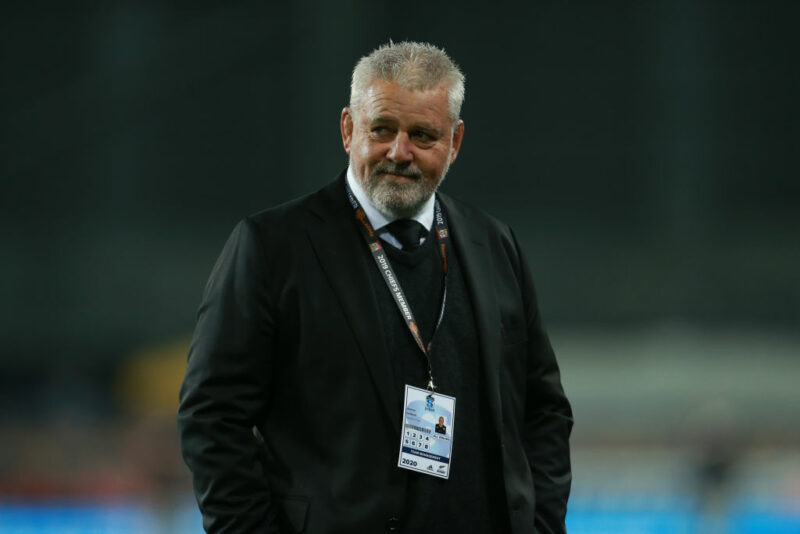 I got to speak to Warren Gatland last week in the wake of rugby’s return in New Zealand. He was in great form and talked me through the agony and ecstasy of watching his son drop the last gasp goal to beat his team in Dunedin. What an end to the first game back – how do you keep the Gatlands out of the headlines?

The story of how he had dinner with his son, Bryn, on the Thursday night before the game and found out half way through that he was on the bench was well documented. As was the fact that Bryn told him he was going to win the game with a last-minute drop-goal.

But what he was able to add to the story was the reaction of his wife, Judy, just after the final whistle. She came down to pitchside and was beaming as she went looking for her son.

But just as she went to hug him to join in his joyful moment, she caught sight of Warren preparing to do his post-match interviews.

In that moment she was caught between a rock and a hard place. On the one hand she was quite rightly overjoyed for her son, but on the other she felt her husband’s pain.

We don’t know yet whether or not Bryn has been disinherited, but he will have a lot of making up to do with his father after that kick in the teeth!

If that was one of the great stories that came out of the first round of Super Rugby Aotearoa, the other was the attendance at Eden Park for the game between the Blues and Hurricanes – 42,000.

That proved to me that the rugby public of New Zealand not only love their rugby, but are backing their players.

That’s what we need to see across the UK when it is safe for crowds to return. Sometimes the fans in Wales can be too quick to criticise the regional players. They quite rightly pick holes in the product, but then the criticism spills over into other areas.

I’ve spoken to a number of players through lockdown, and a few who represent their colleagues on the WRPA, and we all need to realise that they have taken massive pay cuts. They are fighting for their livelihoods, as well as the chance to get back onto the pitch to do what they love.

So many of them have raised money for the NHS or other charities and players like Rob Evans, Jonathan Davies and Josh Navidi have been delivering food parcels and helping out in other ways in their local communities.

We’ve seen a lot of good things in our society since we were told to stay at home and I hope the new spirit of co-operation, understanding and kindness that has been so much in evidence in our daily lives will continue when fans are allowed back into stadia.

The real spirit of rugby was summed-up to me when the Hurricanes scored their try in the corner in Auckland.

Dane Coles managed to brush aside his former team mate Beauden Barrett to touch down. As his team mates came to congratulate him, they hauled Beauden into the huddle and gave his hair a quick ruffle. The greatest player in the world took it all, smiled and then got back to business. It was a great moment!

At my own club, Amman United, a number of ex-players have been working on reconstructing the over-grown garden at the back of the club. It has been in quite a state for the past 50 years, but now it is being given a new lease of life.

The game in Wales will need that spirit and more when it hauls itself off the canvas and works through the protocols to get back to playing.

But I’m convinced there will be a new energy, a greater level of commitment and a real intensity to rugby at all levels when we are given the go-ahead to get back to something like normal.

The New Zealanders have shown there is a huge desire for live rugby and we need to breathe new life into the game here in Wales.

The players are expected to deliver on their potential, week in, week out. When crowds are allowed to return, it will be their turn to show their commitment to their favourite teams.