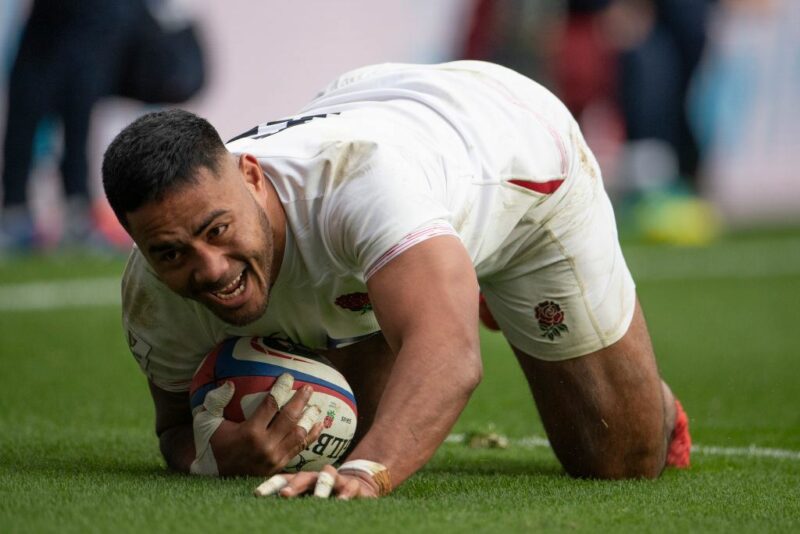 THE threat posed by Damian de Allende, the big, bustling inside-centre who was one of the fulcrums of South Africa’s 2019 World Cup-winning campaign will not have been lost on Owen Farrell.

De Allende had the edge against Farrell – who played 12 for England in the World Cup final, rather than 10 – using his size (6ft 3ins, 16st 7lb/105kg) and tenacity to not only put the Springboks on the front foot in attack, but also to slam the door shut in defence.

Physicality is the name of the game when De Allende wears South Africa’s 12 shirt, and with a big fly-half like Handre Pollard on his inside, and a strong, sinuous runner like Lukhanyo Am outside him, the 2021 Lions will not be able to afford the luxury of a lightweight 10-12-13 combination.

That’s why picking the right player in the midfield hinge position at inside-centre is non-negotiable for Warren Gatland if the Lions are to avenge their cliff-hanger defeat in the 2009 series against the Springboks.

The 2021 Lions coach will require a 12 with the resolve and presence to stop the Munster-bound De Allende in his tracks – and to also have the skill to turn defence into attack.

Based squarely on the principle of having the muscle for the job, the two main candidates are England’s Manu Tuilagi (6ft 1ins, 17st 7lbs/111kg) and Ireland’s Robbie Henshaw (6ft 1ins, 16st 7lbs/105kg). However, neither can be pigeon-holed as mere stoppers because both have proved that they also have the skill and speed to play outside-centre at Test level.

Leicester powerhouse Tuilagi is a stone (6kg) heavier than De Allende, while Henshaw is the same weight as him – whereas Farrell was giving away two stone (12kg) to the South African in Yokohama.

In 2009 the centre combination of the blockbusting Jamie Roberts at 12 and the indomitable Brian O’Driscoll at 13, gave the Lions significant traction, while in 1997 the Springboks found no answer in the first two Tests as the stocky Scott Gibbs skittled their midfield defence.

Gatland will almost certainly be looking for an inside-centre who can send shockwaves through the South African midfield in the same way as Gibbs and Roberts.

Tuilagi’s pedigree as a line-breaker is renowned, and there are few who can match him when it comes to getting over the gain line. Henshaw is very direct also, but also uses his footwork and kicking skills to make inroads.

It could be that deploying them together against the Boks as a barnstorming 12-13 combo proves to be too much for the head coach to resist.

However, there are few selection certainties a year out from Lions tours, and a number of relative newcomers could also come into consideration.

Sam Johnson has come a long way in the four years since he left Queensland and qualified for Scotland on residency. After two Six Nations campaigns, and a World Cup, Johnson (6ft, 15st/95kg) is on the map as an inside-centre who can find space despite the claustrophobic conditions close to the breakdowns.

Ireland’s Bundee Aki is from a similar residency-qualified mould after the compact, abrasive New Zealand-born inside-centre joined Connacht. Aki (5ft 10ins, 14st 7lb/92kg) has been on the winning side in 21 of his 26 Tests for Ireland – although three of those losses have come recently against England sides featuring Tuilagi.

Nick Tompkins is an even more recent international arrival. The Saracens and former England U20 world champion, who made his debut for Wales in February, has a direct, hard-running style which is effective whether he is at 12 or 13.

A lack of experience makes Tompkins (6ft 14st 9lb/93kg) an outsider for a Lions squad that, based on the 2017 tour in New Zealand, will probably take only four centres, along with a couple of dual position backs who, like Farrell, can play 10 and 12.

However, if Exeter and Ulster continue to make headway in Europe, then they could have a couple of long shots in Ollie Devoto (6ft 3ins, 16st 3lbs/ 103kg) and Stuart McCloskey (6ft 2ins, 16st 5lb/104kg). Devoto’s Test record so far is limited to a five-minute stint off the bench against Wales in 2016, while McCloskey has three Irish caps.

Both players had impressive seasons before lockdown, and have the size and handling skills to make an impression – but the only failsafe way for them to persuade Gatland that they have the temperament for lift-off with the Lions is to do it on the international stage first.