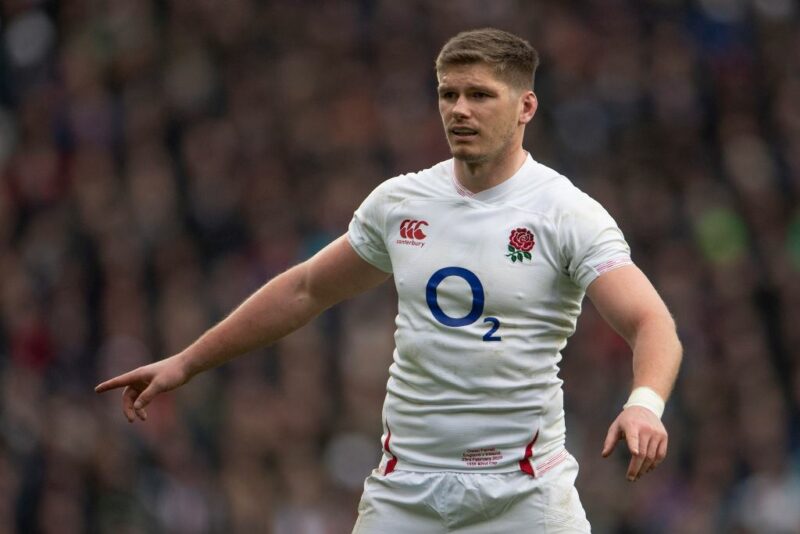 AS Lions tours get shorter, so the pressure on fly-halves to hit the ground running grow greater – and South Africa 2021 is the shortest on record.

As the tactical linchpin of the team Lions 10s are immediately in make-or-break territory, because there is so little time to make adjustments when a squad is starting from scratch.

Warren Gatland had the advantage in Australia 2013 and New Zealand 2017 of Johnny Sexton being the pre-eminent fly-half in the northern hemisphere, and the structure, stability, and sharp tactical appreciation he brought to those two tours was critical to the Lions series win over the Wallabies, and draw against the world champion All Blacks.

However, with Sexton turning 35 this summer, and also forced into frequent absences due to injuries, Father Time is almost certain to force the Lions head coach into looking for a successor to the Irishman ahead of the trip to take on the new world champions, South Africa.

The options available to Gatland are wide ranging, but, as ever, are divided into probables and possibles.

Owen Farrell, whose capacity to handle big match pressure was highlighted when he kicked the long-range equalising penalty to not only draw the final Test against New Zealand in Auckland three years ago, but also tie the series, will be top of the list.

Farrell and Sexton are similar in that they are play-making 10s with exceptional passing and kicking ability, although neither put fear into the opposition defensive line as a potent running threat. Farrell’s experience of playing at inside-centre alongside Sexton in all three Tests against New Zealand, as well as understudying him at fly-half four years before that in Australia, will be invaluable – as will the knowledge he gleaned as England captain on a three-Test summer tour of South Africa in 2018.

It might be a bonus that Farrell has opted to stay with Saracens during their season in the Championship leading into the tour. This will depend on whether it allows him high level international exposure, while at the same time letting him face the Springboks fresh rather than fatigued thanks to a less congested calendar in England’s second pro league.

Gatland will also keep a close eye on the form of Dan Biggar, who he knows inside-out from his tenure as Wales coach, and relied on during his last assignment in getting Wales to the semi-finals of the 2019 World Cup.

The Lions coach knows, too, that he has an ideal foil to the match-winning combativeness of Biggar – who made a strong contribution on the tour of New Zealand – in Gareth Anscombe, the elusive, counter-attacking Kiwi-born Welsh 10, who played an important role in the 2019 Six Nations Slam.

Anscombe is still recovering from the knee ligament injury which ruled him out of the World Cup and this season’s Six Nations, but if he gets up and running for the Ospreys next season it would be a surprise if Gatland overlooks his attacking pedigree.

Anscombe’s ability to crack the defensive line could give the Boks the jitters – and the same is true of Finn Russell, the maverick Scotland fly-half.

However, Russell will have done himself few favours by the spat with Gregor Townsend which saw the Scottish coach – and 1997 Lions Test fly-half in South Africa – axe him from the Scottish squad just before the 2020 Six Nations.

Russell has sumptuous attacking skills, but Danny Cipriani is from the same mould and the English maverick was not picked for the 2017 tour, and is unlikely to be at the top of the 2021 pecking order.

Gatland’s fly-half selection as Lions coach has put a premium on them having great judgement, good game management, high levels of concentration, and precision kicking – and it would be a surprise if he waived them for Russell.

Another factor is that while Russell was in exile at Racing 92, his Scottish rival Adam Hastings made a strong impression. This included having a big hand in the attacking forays that scuppered French hopes of a Six Nations clean sweep in March.

George Ford is another possible, but Farrell and Biggar were favoured over the Leicester fly-half last time, and there is a sense that he will need an exceptional season to press his case.

Despite having been capped 69 times in a successful England era, Ford will not been helped by the way he was overshadowed by Springbok fly-half Handre Pollard in the World Cup final.

Pollard has developed a high-quality kicking game and at 6ft 2ins and 15st 4lb/97kg he is also a big, powerful, aggressive runner who is not only much taller than the 5ft 9ins Ford , but is two stone (13kg) heavier.

There is no question that fly-halves have become bigger during the pro era, and where Ford would not have been considered small 20 years ago, now he is the exception.

Anscombe and Russell are the new norm at 6ft, as is the talented young Exeter playmaker Joe Simmonds. Farrell, Biggar and Hastings are all 6ft 1ins, while Sexton’s Irish understudy Ross Byrne is 6ft 4ins, and third fly-half in the Welsh firmament, Rhys Patchell, is 6ft 3ins.

Gatland had space for only three fly-halves in 2017, with Farrell as a 10/12, and it is likely to be the same when he picks his squad for South Africa – although this time Farrell is most likely to be earmarked as the Test 10.