Cain column: Our Golden Goose is an endangered species 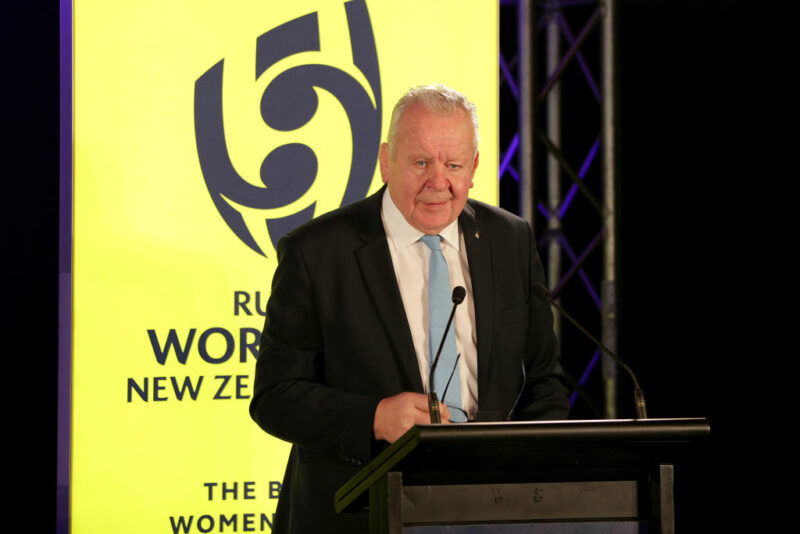 RUGBY Union’s golden goose is beginning to look a lot thinner, and as the financial uncertainty surrounding the coronavirus pandemic grows, the whole rugby universe appears to want a bigger slice of the poor bird.

Nothing highlights how ugly this chase could get more than the potential schism between a breakaway group of Premiership clubs, and their administrative arm, PRL.

Our front-page story from last weekend illustrates just how rapidly the pressure is building, with two parts of the same organisation at loggerheads, and in danger of being ripped apart by internal strife – with money, as so often, the root of the problem.

The conflict appears to centre on six clubs wanting to ditch their administrative apparatus, apparently stemming from PRL withholding over £28m in funding from the clubs, who want it released to tide them through these hard times.

Whether the remaining seven Premiership clubs holding P shares join them in sinking PRL is hard to predict – but the increased volatility stalking the game is in plain sight.

It is reflected in another dust-up, this time at Leicester, where the playing squad of England’s best supported Premiership club by far, are in a legal stand-off with the club’s main administrators, chairman Peter Tom and chief executive Simon Cohen.

This stems from an e-mail from Tom informing the Tigers squad that they would take a 20-25 per cent cut in salary from April 1st.

Any sense that this might be an April Fool’s joke soon evaporated when it emerged that this had been done without the consent of the Tigers squad.

The turmoil in the international game was in the same ballpark.

The RFU and the rest of the Six Nations let it be known that they are contemplating the quick fix of an extra 15-match edition of the tournament in an eight week slot in October and November.

This contingency emerged due to the likelihood of Autumn series squads from the southern hemisphere being unlikely to travel, and there is a strong possibility that the ‘behind-closed-doors’ Six Nations that could replace it would be played to meet existing broadcast commitments.

There are, however, a couple of hiccups. The first is that the unfinished 2020 Six Nations would have to be played beforehand – and the second is that the existing club rugby schedule has been airbrushed out of the picture.

This prompted the European Cup and Challenge Cup organisers, EPCR, to cry foul, with their chairman Simon Halliday slamming World Rugby – and, presumably, the Six Nations Unions – for leaving club rugby out of the decision-making process.

Halliday wants his delayed showpiece 2020 European Cup final in Marseille to be played in October – and this will not be possible if international rugby is played in that month, which, in normal times, is reserved for club rugby.

Halliday demanded a voice in the decision-making, and pointed out that he has a commitment to broadcasters and partners in exactly the same way as the Six Nations.

He called on World Rugby chairman Bill Beaumont to give EPCR a seat at the table – however, Beaumont was pre-occupied with the fall-out from the Fijian Rugby Union’s decision to select their chairman Francis Kean, who had been convicted of manslaughter and accused of homophobia, as their nominee for the World Rugby executive committee.

Kean was subsequently withdrawn, and replaced by the Fiji Rugby Union’s chief executive, John O’Connor, who then praised the Fijian chairman, who had been taped while exhorting brutality towards police recruits, “for his visionary, sound and assertive leadership”.

However, attempts by supporters of Agustin Pichot to use the Kean story to embarrass Beaumont ahead of their election battle for the World Rugby chairmanship were not entirely convincing.

This is not least because Pichot, as World Rugby vice-chairman and a champion of the cause of the Pacific Island nations, had as much opportunity as Beaumont to flag Kean’s unsuitability.

The World Rugby administrative hierarchy is not alone in feeling the heat.

The criticism of the current RFU board by a former chairman, Graeme Cattermole, in the latest issue of The Rugby Paper reflects a growing discontent with the way England’s governing body are conducting their affairs.

Cattermole says that the RFU need to make urgent improvements to their administration and financial management, and also to a culture in which there is not sufficient respect for their member clubs – or enough openness, transparency, and accountability.

Cattermole argues that the massive increase in funding for the Premiership clubs, has been at the expense of the community clubs who are the bedrock of the game – and that the game in England is suffering as a result.

It is fair to say that Rugby Union administration not just in England, but around the globe, has not been notable for much in the way of openness, transparency, and accountability over the last couple of decades.

This is a chaotic crossroads, and it is one where, if the game is to flourish, and the golden goose deliver for everyone, those values have to return.