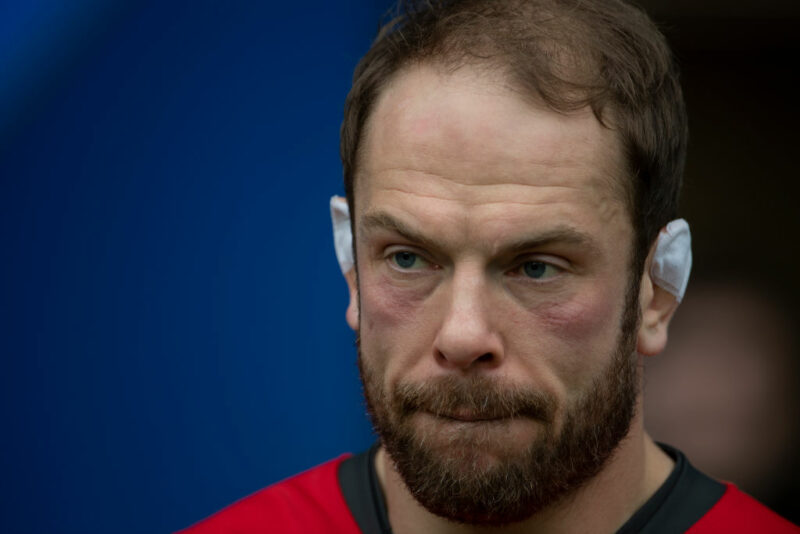 Over the course of 14 seasons as an immovable fixture on the international scene, Alun Wyn Jones’ longevity has been underpinned by a slavish devotion to the first rule of his professional catechism:

“Why be helpful to an interviewer when you can be awkward?”

For all the praise they shower on him, for all their collective acknowledgement of his towering presence as captain of Wales, Jones sticks to his ‘give-’em-nothing’ mantra with unwavering consistency. The Twickenham media conference room after the England versus Wales game provided the most recent reminder that nothing has changed.

He may have been itching to tell the world what he thought of being touched up by an English loosehead but, true to form, Jones reverted to type as the following exchange with the unflappable BBC Radio Wales commentator Nick Webb reveals:

Webb: “You had an interesting approach from Joe Marler. Your thoughts on that?”

Mr Prickly, poker-faced: “Can you specify?”

Webb: “He appeared to be grabbing you by a central area.”

And then he deigned to answer the question.

With apologies to Winston Churchill, rarely in the history of sport can one man have gone out of his way so often to be more obstructive to so many for so long. That takes some doing considering that the Premier League of glowering captains has featured serious grumps like Martin Johnson and Dean Richards.

Each had a sense of humour, a saving grace which admittedly took some finding, in Richards’ case about five years, the time he took to stop blaming me for a headline about Italian cheats during the 1991 World Cup which was exactly what he had called them.

Johnson, by some distance the most successful of all captains this side of the equator, had to endure recurring accusations of thuggish behaviour inspired by regular appearances before the beak. The way Johnson saw it, he was merely standing up for himself, doling out rough justice in the old-fashioned way.

In marked contrast, Jones’ doesn’t know what it’s like to have a bad Press because he has never had one which is to his great credit. In Wales and far beyond, he has been lionised, rightly so, yet, as a colleague observed, he gives the impression of treating every inquiry as if it’s an unexploded bomb.

A damn fool question, and we’ve all asked our share of those, begs to be treated with contempt but Jones has also been known to use the same contemptuous attitude to fair questions, politely put without a trace of

Phil Steele, the popular BBC Wales pitchside reporter who is as close to Jeremy Paxman as Peter Kay is to Jose Mourinho, interviewed Jones after an Ospreys match shortly before the Lions announced their last touring team.

Asked for a response to speculation that he could be the captain, Jones responded with a lengthy monologue about how well the Ospreys had played that night without once acknowledging Steele’s question, let alone answering it.

As it turned out another Welshman, Sam Warburton, got the Lions gig which was just as well. A natural people-person, his gentle request to Romain Poite, that maybe the French referee could take a look at the video, brought about the volte face which allowed the Lions to get away with a drawn series.

Captains exist to win Test matches, not provide soundbites before and after every fixture, be they insightful or, more likely, statements of the obvious. Like it or loathe it, in an age of instant communication the captain is increasingly viewed on a global scale as a spokesperson for his or her country.

The Mongolian people in Ulaanbaatar basing their impression of Wales on how a tall man from Swansea with a law degree deals with questions will probably conclude that the Welsh must be a cranky lot. That is liable to strike them more than Jones’ being about to draw level with Richie McCaw as the world’s most-capped player.

The mind boggles at how much more obstructive Jones would be had any of those bowling him friendly half-volleys on leg stump ever dared to criticise him in print or on the air. The subject of sharing a record which speaks volumes for his longevity ought to be plain sailing in which event it would be a first.

Instead it would be fraught with traps.

“Alun Wyn when you first played for Wales could you ever have imagined that one day you would be the joint most-capped player in the world?”

Jones: “According to who?”

“Can you be specific?”

“Can you be specific again?”

Mr Prickly: “I’ve only got your word for that.”

He does not suffer fools gladly which, in my case, may explain the unwillingness to give straight answers but not in everyone else’s. Maybe one day he will realise that the ‘media’ connects him to the fans who pay his wages and that a reporter’s raison d’etre is to ask questions on their behalf.

The penny is taking a long time to drop.