Posted on 6th March 2020 by admin in Features 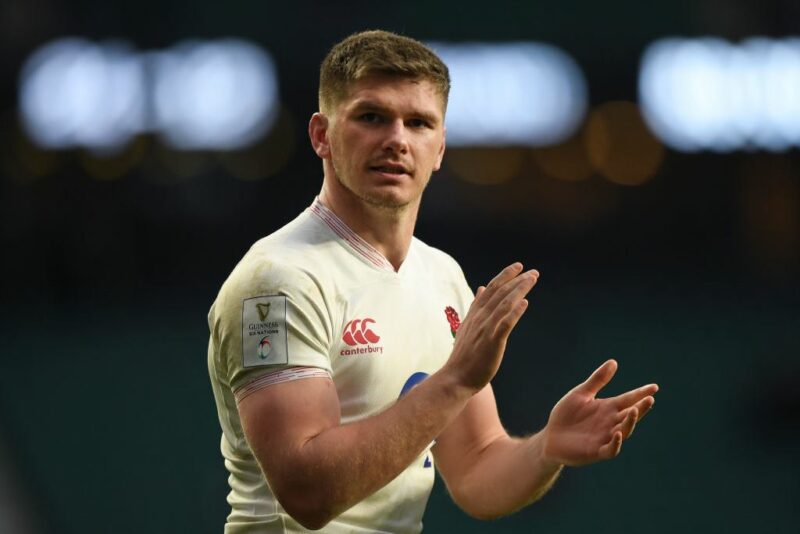 NOT many modern pros are students of the game’s history, but both Owen Farrell and Dan Biggar will know that the rivalry between England and Wales is the fiercest in the Six Nations, and that nothing will have changed when they meet at Twickenham on Saturday.

England versus Wales is out on its own as the most competitive fixture in the Six/Five Nations, with none of the other head-to heads matching it for intensity. It is reflected in a win-loss ledger which traditionally has been the closest in the tournament, with England currently four wins in front, with 63 Tests won to Wales 59, with 12 draws, since the first fixture between the two nations was played in 1881 at Blackheath.

The edge has always been butcher’s-knife sharp, and Farrell, the England captain who switches between 12 and fly-half, and Biggar, who is embedded at fly-half for Wales, are the modern protagonists in this 130-year struggle for supremacy.

On the evidence of their respective displays in the last round of the tournament the only rational conclusion is that when it comes to scrapping like demented ferrets over every morsel that might yield an advantage, as well as attempting to browbeat referees into seeing things their way, neither Farrell nor Biggar require any boost in testosterone levels.

In fact, they are off the charts if belligerence and tunnel-visioned commitment to the cause are a yardstick.

It has led to Biggar being roundly condemned on social media and fans forums for his non-stop gesticulating and appealing over decisions in a doomed attempt to influence referee Matt Carley during the narrow Welsh loss to France in Cardiff last weekend.

Farrell managed to dodge similar opprobrium against Ireland, not least because of a successful Eddie Jones post-match smokescreen in which he lauded his captain for making strides as a leader off the field, as well as on it, after he recorded his 14th win in 22 matches in charge.

“Captaincy is hard,” Jones said. “You have a roomful of all different sorts of people, all different wants, and you have to try to find the same page for them. That takes experience, and Owen is not even two years into the job. But every game he captains he gets a little bit better.”

Jones added: “It was outstanding how he led the team in the lead-up (to Ireland), and we saw that when the players got on the field. We had great focus, we had great clarity about how we wanted to play, and, as a result, you can play with great energy. He’s doing a great job.”

What Jones obscured was that Farrell played a significant part in allowing Ireland back into the game in a second-half in which the visitors outscored England 12-7.

The seminal moment came when the England skipper latched onto CJ Stander’s lower right leg at a ruck with Ireland attacking five metres from England’s line.

As Stander attempted to disengage and get in a position to carry again, he was impeded because Farrell, who was in a prone position mirrored the tenacity of a dog hanging onto its favourite bone in refusing to relinquish his grip. This led to the frustrated Irish No.8 pummelling Farrell in the ribs with downward punches using the heel of the hand rather than a closed fist. Despite the crowd booing Stander’s retaliatory action, the altercation escalated when the back rower went into hobbled dray-horse mode by dragging Farrell around the pitch.

This finally prompted referee Jaco Peyper to identify the England captain as the instigator of the fracas, and the resulting penalty led to Ireland’s first try. Although Farrell, who was culpable, told Peyper the decision was “ridiculous”, an Irish kick to the corner and lineout drive followed by a series of rucks led to the five metre scrum from which the try came.

The momentum was established when Peter O’Mahony brushed off a diving Farrell tackle as he broke round the side of a ruck to make the crucial breach, and, as the England captain inserted himself back in the defensive line Robbie Henshaw drilled between him and Tom Curry to score.

It gave Ireland a foothold in a game in which, until then, they were unable to get any purchase. By any measure Farrell’s decision to hold on to Stander was poor judgement, and poor captaincy. Not only was it unnecessary, it could have cost England a yellow card – and almost certainly would have done if the game had been played in Dublin rather than Twickenham.

It is being realistic, rather than playing devil’s advocate, to consider whether the combination of an Irish try and England being down to 14 men could have given the visitors the oxygen they had been denied in the first half – and seen them surge back like the Scots did this time last year.

That is why one of the key performance indicators in this England-Wales encounter will be whether Farrell or Biggar – whose late try against France set up a frenzied finish and led to a push-and-shove with French captain Charles Ollivon after the final whistle – is more successful in keeping his hair-trigger temperament in check.

Both are prone to haranguing referees rather than negotiating with them, and while Farrell has a legitimate line of communication as England captain, Biggar does not. There is little doubt that should Biggar emerge unscathed from this weekend’s Northampton v Saracens match he will be under orders from new Welsh coach Wayne Pivac to keep quiet and let the more diplomatic Welsh skipper, Alun Wyn Jones, do the talking at Twickenham.

The match referee on Saturday is Paul Williams, and it remains to be seen whether the New Zealander insists on communicating with captains rather than any player who has an issue with one of their decisions.

The volume has been turned up massively in terms of the quantity of dissent, as well as the decibel level, and it has to be dialled down because at the moment international matches are beginning to resemble remedial classrooms.

If players refuse to cooperate Williams and his fellow officials have one of the most effective deterrents available, and it is time they started to use it. They should award a penalty and march any back-chatting offender back 10 metres. If they still have an opinion after that, then march them back another 10 metres – and continue until every player gets the message.

It is notable that despite Biggar’s frequent remonstrations aimed at match officials the Welsh conceded only seven penalties to France’s 13, while England were at the opposite end of the spectrum against Ireland, conceding 12 penalties to seven from the visitors.

Wales are in underdog territory having lost to France in Cardiff, as well as away to Ireland, but England’s tendency to give away cheap penalties against the Irish will not have gone unnoticed – especially as they were in single figures against the French and the Scots in the opening two rounds.

If Wales can frustrate Jones’ side enough to stop them getting off to the sort of fast start they enjoyed against Ireland, then they know that Farrell and his team might start to get twitchy.

While there have been plenty of positives during Jones’ tenure as England coach, one of the notable shortcomings in this team is that they do not have much of a track-record of coming back to win matches with a late knock-out after they have fallen behind.

Last season, they made a habit of blitzing teams from the opening whistle, with the wins over Ireland and France, and the first half assault in the draw against Scotland, cases in point.

It continued during the 2019 World Cup, and was showcased in the pool win over Argentina before England went into overdrive in the knockout stage against Australia and New Zealand.

However, in England’s defeat by France at the start of this Six Nations campaign, we saw clear signals that they have difficulty in coming off the ropes to win. It is part of a pattern which includes the losses to Wales in the 2019 Six Nations, and to South Africa in the World Cup final – and during the 2018 tour defeats to the Springboks – when they have struggled to make headway after going behind.

One of the few occasions when Fast Eddie’s side has changed the script was during the 2017 victory over Wales in Cardiff. England floored Warren Gatland’s outfit when Elliot Daly’s 76th minute try gave them a 21-16 verdict – they and went on to retain the Six Nations title.

It is notable that the key decision makers were the same then as they are likely to be on Saturday, with Biggar pulling the strings for Wales, and George Ford and Farrell doing likewise for England.

On that occasion the English duo were instrumental in carving out Daly’s touchdown, when Ford – who had been out-shone by Biggar – fielded a loose Welsh clearance and found Farrell with a fast long pass which gave him the chance to put Daly away.

Farrell’s jewel of a long pass not only left the Welsh cover stranded, but also hit Daly at full tilt as he raced in for the match-winner.

At that time Farrell had not succeeded Dylan Hartley as captain, and there is a cogent argument that he was a more effective force as a player when he was not shouldering the responsibilities that come with captaincy.

Farrell already carries more than his fair share of the load for the team as goal-kicker and one of the main tacticians and defensive organisers. He is also playing at inside-centre for England, whereas he plays at fly-half for Saracens – and the adjustment that requires, especially at Test level, suggests he should be left to concentrate on his own game without the myriad extra demands of captaincy.

What England can bank on is that Wales, with Biggar in the vanguard, will be looking to foil an early blitz from the home side – and then drive Farrell to distraction.