Dream Team: Moseley and ex-Coventry and Boland back Cliffie Hodgson 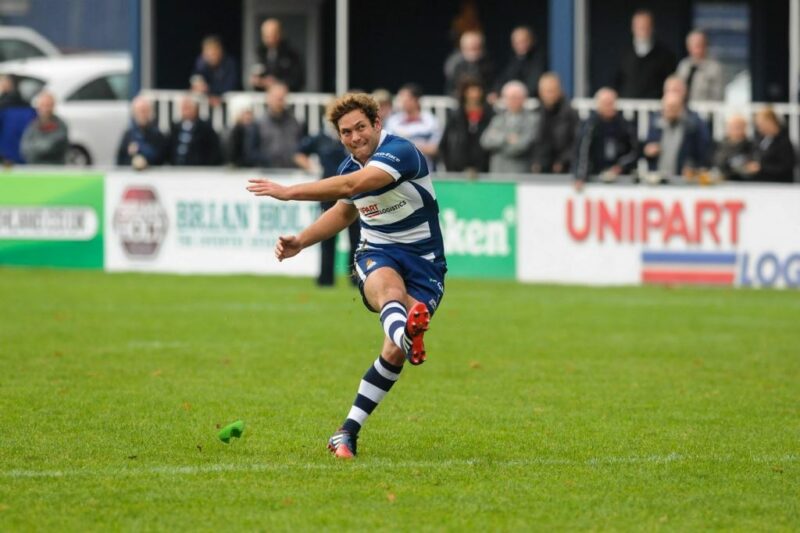 When his career was in its infancy Cliffie Hodgson was playing schoolboy rugby with future Springbok stars before getting a start with Western Cape based Boland.

His move to England saw him spend five years at Coventry before leaving Broadstreet for Moseley in the summer.

It was at Coventry where Hodgson saw Premiership potential in a number of teammates he includes here in a Dream Team based on the best he has played with or against.

Andy played over 100 games with me while we were at Coventry and he’s the fittest, strongest prop I ever played with. Keeps his head down and does the job.

When he was up for it, I’d rather be in his team than against him. Most angry, aggressive player on his day for Cov. Unfortunately, he carries the same traits on the golf course.

I have fond memories of playing fullback against Ampthill with Aleki breaking the line and leaving me with a one-to-one with him at full speed! But a great bloke off the field.

Another I played over 100 games with at Cov and he reminds me of Bakkies Botha in how he went about his job. Could easily have played at a much higher level.

My housemate at Boland and a fearless player who always did the hard, unnoticed work in the engine room. He did go on to play at the highest level in France.

Wasps legend and someone I’d always want on my side. One of the nicest blokes I know in rugby and also a known golf bandit around my area.

We played together at Rotherham and he’s living the dream playing in the south of France now. One of the best ‘fetchers’ I’ve ever played with.

One of the hardest running back rowers to take the field during my time at Coventry and zero respect for his own body. Could easily have played Premiership.

I was fortunate to play 7s and 15s with ‘Hougie’ at school in South Africa. He is the ultimate athlete with heaps of talent.

Played age group stuff against him and he taught me a few lessons. Cool, calm and a great playmaker. Gutted he had to retire so early in his career.

Had to find room for the ‘Hurricane’, as we knew him at Cov. As he’s been showing at Bristol, he’s a hard-running player who always beats the first man.

As Wasps fans have realised, any team is better with Jimmy in it. He managed to pop my rib in a pre-season friendly but we’re now good golfing mates.

Every team needs a Juan de Jongh. Fun, energetic and the ultimate teammate. One of the best defenders and can light up an attack with his sidesteps.

Coventry Rugby through and through. Has so much potential and I’d love to see him operating in the Premiership one day.

Pretty much grew up with Willie playing fly-half with me beside him at 12. At his best a joy to watch and brilliant to see him win the World Cup.