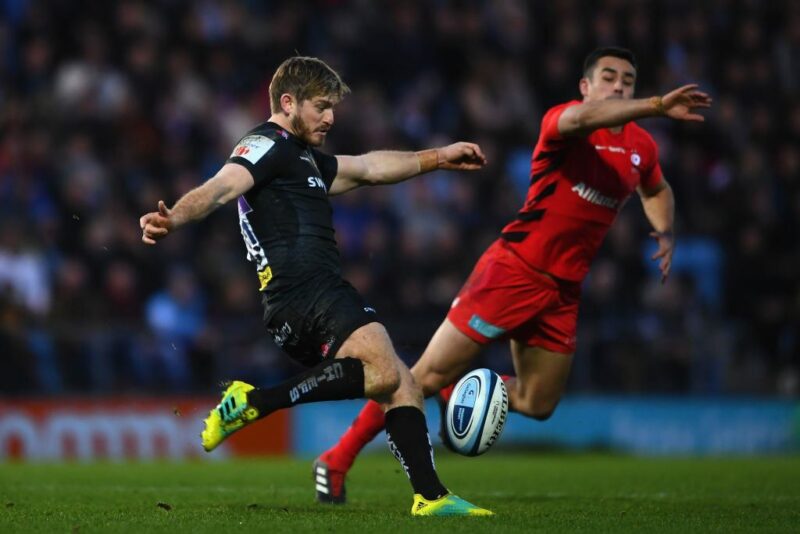 Exeter Chiefs are leading the hunt to tempt highly-rated Saracens fly-half Max Malins into leaving the Premiership and European champions.

Malins, 22, is out of contract at the end of the season and is struggling to reach an agreement for a new deal to stay at the club beyond the summer.

Blindside understands that Malins has been offered a modest wage increase and wants more if he is to stay in north London.

The Chiefs are watching developments closely as they are seeking to replace club legend Gareth Steenson who celebrates his 36th birthday this season.

Steenson joined Plymouth Albion as an assistant coach in the summer and is likely to call time on his playing career and move into coaching.

Gloucester are also interested in what is happening with Malins which could mean that Owen Williams could be off to the Welsh side of the Severn Bridge.

The Cherry and Whites are believed to be paying Williams around £400,000 a season which gives them plenty of scope to make Malins an eye-watering offer.

The Chiefs are very keen to land Malins but will have to wait until the New Year before they can formally make him a contract offer.

Other Premiership clubs who are looking to sign a fly-half for the 2020/21 season include Wasps and Bath who are both weighing up their options.

England’s star performer at the club U20 World Cup was shortlisted for the Premiership Rugby Cup breakthrough player award.

East London-born Kpoku who played Rugby League for the London Skolars as a junior before joining Saracens is high  on Saints wanted list.

Saracens are keen to keep hold of him but Saints may be able to offer him a better deal.