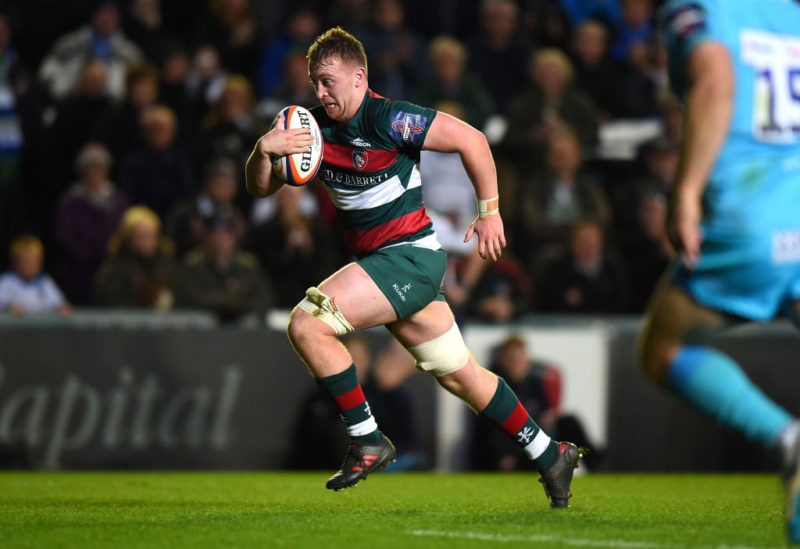 Leicester are plotting a revival and one of the young men they hope will be in the vanguard is Bridgend-born Tommy Reffell, a fiercely determined Welshman who four years ago forsook the chance of a career at the Ospreys to throw in his lot at Welford Road.

On his way home from the U20 World Championships in Argentina the talented openside will be ready to make an impact at Leicester as boss Geordan Murphy aims to fire-up his academy.

“It’s an opportunity for boys to stake a claim now,” says Reffell, 20, who converted from being a centre at the age of 14 and now hopes to emulate the ‘dark arts’ influence of ace groundhogs such as Justin Tipuric, George Smith, Ardie Savea and David Pocock.

“A lot of boys had first team exposure last season and were chucked in at the deep end. It was a tough year for the club but at the end of the day people have got to really step up now and help the club get back on to the right path and move forward again.

“Hopefully, we can learn a lot from last season and we’re in a rebuilding phase at the moment, but Geordan’s got a lot of passion for the academy boys and my aim is to throw my name into the hat a lot more next year. Guy Thompson and Brendon O’Connor have been big influences but, with Brendon moving on now, hopefully I can get more chances.”

“On his decision to leave Wales four years ago, former Pencoed RFC junior Reffell explains: “I was coming through at the Ospreys but Leicester wanted some boys for their academy and, after looking around the training ground and Welford Road, I took my chance.

“The scale of the place was hugely inspiring and I’ve developed pretty well. I was really lucky last season to play quite a lot of rugby and I’m enjoying it there. The coaches have really helped me and I’m trying to learn from watching as many No.7s as a I can.”

He added: “To be honest, I want to work on my attacking game a bit more and that was a huge target of mine in this U20s tournament in Argentina.

“You look around and Justin Tipuric is setting standards for the Ospreys and Wales and is a world-class player. Anyone watching him would learn a lot and he’s probably the best in the world in what he adds to an attack, although his defence is pretty good, too.

“George Smith’s still an unbelievable player at his age and if you look at the likes of Ardie Savea and David Pocock, they’re both brilliant.

“My ultimate dream is to be fully capped by Wales but I’ll just take every step as it comes and learn my trade. Right now, I’m looking forward to this South American adventure in Argentina.”