Henry Thomas gunning to knock Dan Cole of his perch

Posted on 8th October 2016 by admin in Featured, Premiership 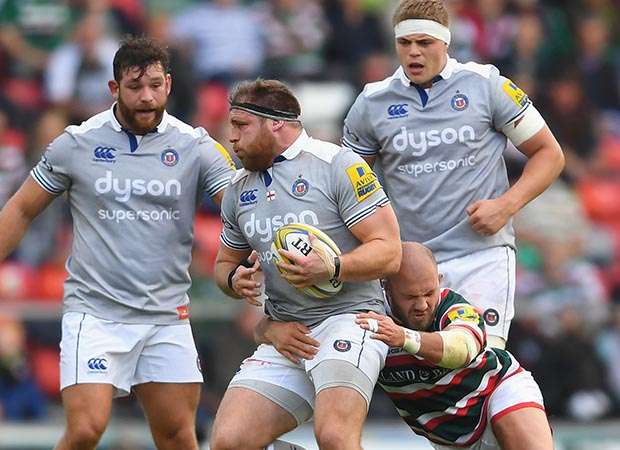 Bath prop Henry Thomas believes he offers more than incumbent England tighthead Dan Cole, below – and will prove why he deserves another shot at Test level.

Thomas, 24, has drifted down the Red Rose pecking order since winning the last of his seven caps on the summer tour of New Zealand in 2014.

However, he reckons increased bulk and brutality around the breakdown, along with an impressive campaign for his club, can help rekindle his England career.

Thomas, who gained two kilos of muscle over the summer, told The Rugby Paper: “It’s been frustrating with England over the last couple of years, but I’m trying to improve, trying to listen to what people say and then put it on the pitch.

“I’d been in and around squads, but last season was difficult because although you’re trying to impress as much as you can, as a squad Bath weren’t good enough.

“I’m confident that’s in the past now and, after a really good pre-season, it feels like a fresh start.

Thomas is aiming high, explaining: “Dan Cole’s got huge experience, but personally I feel I offer something different around the pitch.

“The scrum’s the most important thing and you never forget the basics, but I like to get my hands on the ball more as a carrier and I’ve been getting a lot more physicality and brutality into my game around the breakdown.

“That nitty-gritty, tight-head work is the stuff that people pick up on, so I’ve looked to mix that with the work I’m doing in the scrum and, hopefully, that will push me up the ladder.

“That England No.3 shirt is definitely Dan’s at the moment, but for me it’s about performing every week for Bath and, if I get an opportunity, to knock him off.”