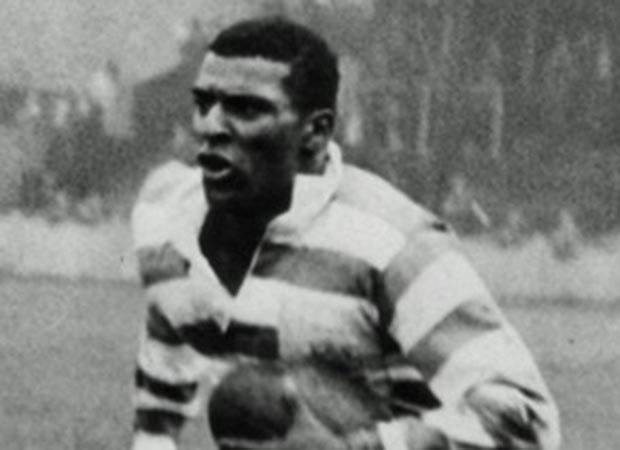 They carried Johnny Freeman from St. Mary’s church last week and out of what used to be Tiger Bay on a journey of no return. And so the book closed on the finest wing Wales never knew they had.
If there were times when he might have felt like a prophet without honour in his own land, then there would have been a prosaic reason for the lack of public appreciation. Johnny’s lifelong tendency to fly under the radar may, or may not, have been a subconscious reaction to starting school the day after Britain declared war on Germany in September 1939.
Freeman enrolled at South Church Street primary at the age of five in the company of another boy from an adjoining street. The boy, who happened to be his first cousin, began to make a name for himself as a fly-half, then made a bigger one in the boxing ring as British and Empire heavyweight champion.
Everyone knew Joe Erskine, just as everyone in Cardiff rugby circles knew of another kid from South Church Street long before the nation at large had heard of him. Billy Boston had been a locally-publicised star in the making from his early teens.
The young Freeman joined Boston and Erskine at the famous junior club in Cardiff’s Butetown, the Kayaks (Cardiff International Athletic Club), happy to jog along in their slipstream.    “All that changed one day,” says Arthur Duarte, the fourth member of that South Church Street quartet and lifelong CIAC stalwart. “We were playing Aberaman away and our outside-half, John O’Connor, couldn’t get time off from the steelworks.
“So we moved Johnny from centre to ten and he took the opposition apart.    An international scrum-half whose name I’ve forgotten happened to be watching and he said: ‘That fella’s the best fly-half I’ve seen for many years.’
“The next week Halifax were knocking on his door. Johnny was so young when he went. Billy had played for the Welsh Boys’ Clubs and Neath but because Johnny hadn’t done anything like, nobody took much notice of him.”
Freeman, just back from two years’ national service, had gone without a peep, let alone a fanfare. Halifax paid the princely sum of £1,050 for his signature and their 20-year-old black wing responded by launching himself on a veritable flood of tries.
He scored 21 in as many matches during his first full season in League, 48 from 45 in the second and 38 more from the first 20 in the third season when a knee injury denied him a place amongst the Great Britain Lions bound for Australia a few months later.
Freeman was still scoring tries for fun when the Halifax poachers went back to Cardiff and came away with Big Jim Mills. “Johnny was one of those wings who never looked like he was running that fast but nobody could ever catch him,” Mills said. “He had that easy stride and seamless change of gear. I never saw anyone get him from behind.”
Halifax got him a part-time job, as a painter and decorator, fittingly so considering the artistry he brought to the left wing over a period of 13 years. A career reduced to twelve seasons by injury guaranteed gloss by the bucketful – 290 tries in 395 matches, a Halifax record unlikely to be challenged, let alone eclipsed.
Freeman won a Challenge Cup final at Wembley and a championship decider at Maine Road before retiring in 1967 at the age of 33. Not much of that would have filtered through the Iron Curtain between the codes.
The Union Establishment took a dim view of anyone offering League players the oxygen of positive publicity, as I discovered during the Seventies. In South Wales a few Union scribes treated those who dared go north as if they had passed into oblivion.
Before Freeman finished, another outstanding black Welshman, Colin Dixon, had taken the same route from Butetown to Halifax.  Just as Boston was shamefully ignored by Cardiff RFC, so Dixon suffered the same fate.
“You couldn’t play for Cardiff in those days if you were black,” Freeman told me some years ago in an interview for the book Triumph and Tragedy.   “Nobody ever said as much, but that was the way it was. We’d have loved to play for Cardiff.
“As lads, we used to watch them all the time and dream about playing at the Arms Park. Billy was out of this world when he was playing for the CIACS at 15. Why Cardiff didn’t give him a trial was unbelievable.
“I thought: ‘If they ignore Billy, what chance have the rest of us got?’ They never even looked at him.There was only one reason and that was because of his colour.
“Remember, back in the early and mid-50’s, attitudes were very different, not like today. When Billy told me he’d signed for Wigan, I said: ‘That’s fantastic. You’ll be a big star, Billy, and maybe one day I might go to League myself.   You never know…”
When the two lined up in direct opposition for a Wigan-Halifax match in 1958, Freeman had the audacity to run a hat-trick past his old school pal.   Boston still managed the last word, helping Wigan ensure that Freeman’s tries were in a losing cause.
When the CIAC’s held a celebratory 70th anniversary dinner in the Bay last year, Freeman and Boston were there. By then Johnny had retraced his steps from the far side of the Pennines and come home.
CIACS’ chairman Franklyn Parris bumped into him last month and thought ‘Johnny wasn’t looking like his old self.’ He died suddenly, a fortnight later, at the age of 83, leaving three daughters, Karen, an actress and singer, Tracy, Sara and three grand-daughters.
In death as in his rugby life, Johnny Freeman was gone before anyone knew it…