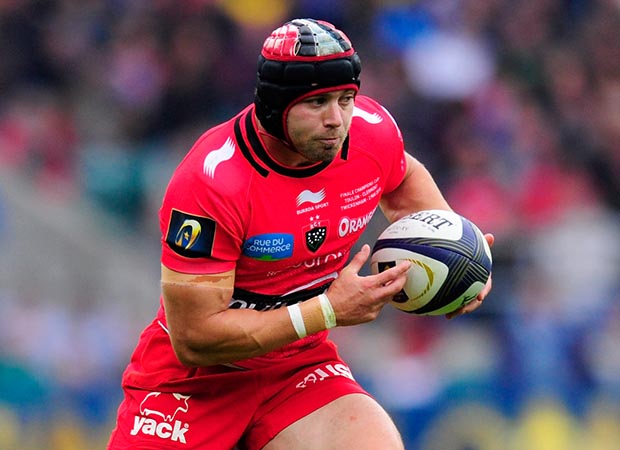 Six months ago Leigh Halfpenny found himself under a veritable bombardment of offers on an ever-escalating scale over his next move. They came raining down from all directions, from England, Wales and France; so many eager to pay so much that the poor lad may have found difficulty getting out of his house without tripping over the sacks of gold laid at his front door.
Even making due allowance for the ebb and flow of market forces, it is staggering to think that Halfpenny has been left high and dry at the age of 28, marooned like a contender for the Open turning up at Royal Birkdale without a club to call his own.
No émigré British rugby player can have had as many options until recently as the retiring young man with a market value then which made him worth at least ten million times more than his name.
Halfpenny could leave the Cote d’Azur for Coventry and rejoin his old Cardiff mentor Dai Young at Wasps amid whispers that they would pay him £500,000-a-year.
As a way of dampening expectation that Wasps had got their man, Young acknowledged the bid as giving his protégé ‘one of six or seven options’. He would not have been guilty of exaggeration.
Halfpenny could head home and sign the dual Wales-Blues contract that had been dangling in front of him for months on end. They had twice upped the ante from £350,000 to £420,000.
And then there was Toulon, owned by Mourad Boudjellal whose largesse had to be balanced against a volcanic tendency for eruptions on a Vesuvian scale. Halfway through last season Boudjellal valued the Welshman highly enough to prompt talk of jacking his money up from £600,000-a-year to £750,000.
And why not? Toulon, largely thanks to Halfpenny’s dead-eye goalkicking, were in the last eight of the Champions’ Cup and set fair for another Top 14 final. The Six Nations came and went before the man himself finally decided he would be staying put.
The WRU and the Blues had nothing to show for displaying a patience which Job himself would have been hard pushed to match. The Wasps offer also fell by the wayside and then life down on the Med at Toulon began to turn sour.
When they needed him most, at the Stade de France during a tense final against Clermont, Halfpenny was on the other side of the world with the Lions. Contractually, he had been within his rights to go even if it gave Sod’s Law a free hand to run riot.
And so it came to pass. Toulon lost the final because, in the final analysis, Halfpenny’s replacement off the tee, 20-year-old Anthony Belleau, missed two late penalties. As a result, Boudjellal lost the plot with the absent Welshman and let him go in what sounded a fit of pique.
Toulon gave him short notice to vacate the club property where he had been living. Yet only a few weeks earlier they had been pressing Halfpenny to re-sign for another year.
The offer was a long way short of £750,000. In fact it was less than half, no more than £300,000 irrespective of how he fared with the Lions. Boudjellal had decided, reasonably enough, that the tour would mean ‘Pence’ missing the opening weeks of the Top 14 as well as more matches in the autumn and New Year.
The Blues did the same exercise, albeit on a smaller scale, and once the arithmetic had been done, they came to the same conclusion – too much money for too little return.  Their attitude had shifted pointedly in the months since the painstaking negotiations dissolved into nothing.
The WRU proposed a three-year dual contract through until May 2020. Halfpenny wanted it to finish after the World Cup in October 2019 with a view to playing Super Rugby. Wales refused and stood their ground.
How, in retrospect, Halfpenny must wish he had taken the three years on the table. How, in private, the WRU must reconsider the commercial sense of the deal in the light of the Lions tour when their man managed no more than a ten-minute contribution to the Test series.
Liam Williams’ success at full-back means he will start there for Wales in the autumn, leaving Halfpenny to take his chance on the wing, his original position. First of all he has to find someone to play for, no easy task at a time when the big clubs have finalised their squads.
If he finds one tomorrow it is unlikely to be on his terms. Time and tide waits for no player, not even one as good as Leigh Halfpenny…