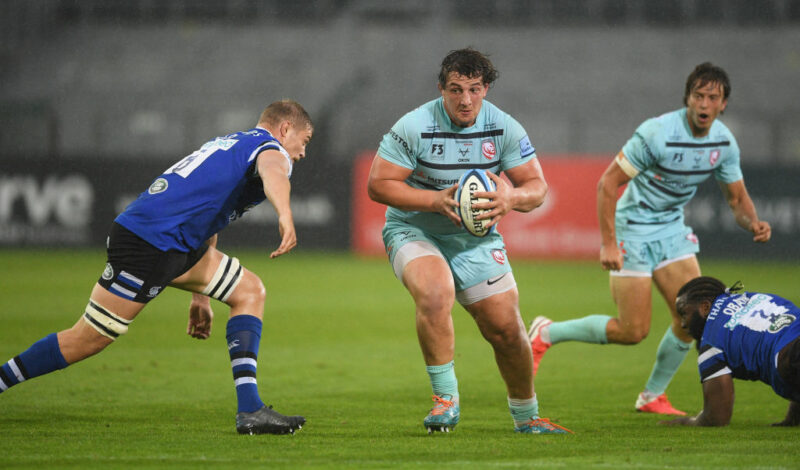 GLOUCESTER loosehead Val Rapava-Ruskin could be set to swap the West Country for France after emerging as a target for Champions Cup finalists Racing 92.

Georgian-born Rapava-Ruskin, 28, has spent the last three years playing for the Cherry and Whites after three years with Worcester.

And he is now weighing up his future after failing to make the breakthrough into Eddie Jones’ squad despite being on his radar for the last couple of years.

He left his native Georgia when he was two years old and grew up in England and was one of four uncapped players named in England’s preliminary World Cup training squad last year.

Rapava-Ruskin was also in the running for a place on England’s tour to Argentina before picking up a six-week ban for pushing a referee in the back.

He was a youth team player with Toulon and a move to Racing would end any hopes he has of making a breakthrough into Jones’ set up which now looks unlikely to happen.

If he does opt to move to France, it would be another blow for Gloucester who have seen a series of players leave Kingsholm since Johan Ackermann departed for Japan during the summer.

Franco Marais, Owen Williams and Tom Marshall all followed him to NTT Docomo Red Hurricanes while Franco Mostert, Gerbrandt Grobler and Ruan Dreyer were among others who left the club.