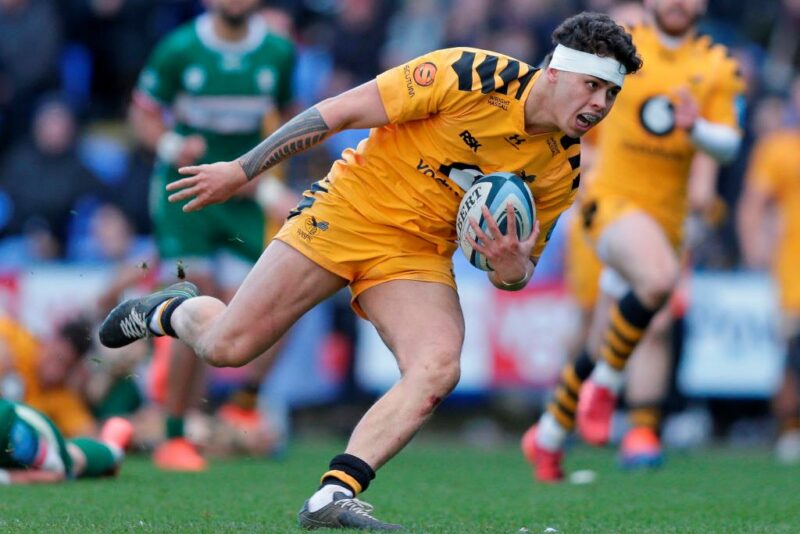 Wasps have retained the services of some of their brightest and best with Jacob Umaga, Alfie Barbeary and captain Joe Launchbury among 15 to sign extensions.

Umaga has claimed the Wasps No.10 shirt in a breakthrough season at the Ricoh Arena, earning and England Six Nations call-up in January.

The past two years of Umaga’s career have taken an unconventional route via New Zealand with the Mitre 10-winning Auckland and in the Championship last season with struggling Yorkshire Carnegie.

A representative for England at age-grade level, Umaga’s England U20 teammate Alfie Barbeary has agreed a long-term deal according to Wasps.

Wasps head coach Lee Blackett commented: “I’m delighted to see so many of our existing players committing their futures to the Club.

“We are working hard to develop a brand of winning rugby that gets supporters off their seats and having a nucleus of international experience to help bring through some of our younger players is going to be key in achieving this.

“The squad was really beginning to show glimpses of its true potential prior to the lockdown with three wins on the spin and it’s brilliant that we have been able to retain so much talent so we have a strong base and can plan for the next few years with a level of certainty.

“These have been challenging times for everybody, and I’m really proud of the way that the players have conducted themselves.

“Now we are fully focused on preparing for the restart of the season and a strong finish to this campaign and fulfilling the potential this squad has.”