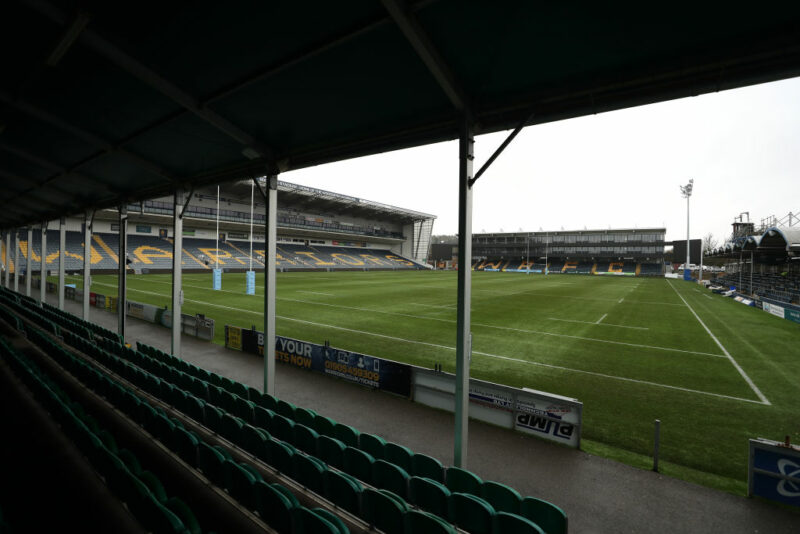 Worcester Warriors co-owners Colin Goldring and Jason Whittingham have pledged to ‘go over and above what is expected’ in continuing their support for Michael Fatialofa.

News surfaced on Sunday that the former Worcester lock had received medical bills equal to £100,000 from the private facility where he spent four months recovering from a severe spinal injury sustained in action for Warriors against Saracens on January 4.

Fatialofa’s contract with Worcester expired at the end of June but he continues to attend the club’s training ground where his rehabilitation is ongoing with Warriors’ medical staff.

To accomodate this Worcester confirmed they are working to have the visas of Fatialofa and his wife Tatiana extended at the Home Office.

In their statement the co-owners say: “We are concerned and disappointed to hear that Michael has received a bill for unpaid medical fees.

“There are no unpaid fees owed by the club, our booking made by RugbyCare has already been paid in full. But we will work closely with the hospital and local Clinical Commissioning Group to understand any issues and help resolve the situation to ensure that Michael can concentrate solely on his rehabilitation at Sixways with the full and continued support of the club.

“Warriors are, and always have been, committed to supporting Michael Fatialofa in his remarkable and inspiring recovery from the serious spinal injuries he suffered in the Gallagher Premiership match at Saracens on January 4.

“Representatives of the club, including the medical team and the owners, were with Michael and his family at the hospital on the night of the accident and continue to support Michael now. We are supporting Michael’s career after rugby, funding the extension of visas for Michael and his wife, Tatiana, even though he is out of contract with the club and providing specialist rehabilitation by the club’s head of medical Ryan Kehoe, the most senior member of the Warriors medical team.”

It is in his post-op rehabilitation phase where the medical bills have arisen.

Having been denied a transfer to the Stoke Mandeville Hospital, the Kiwi was admitted to the private facility at Royal Buckinghamshire where he spent four months regaining mobility.

Explaining the crossover between paying for this treatment through the RugbyCare insurances scheme and the governement’s Clinical Commissioning Group, who reimburse privately funded care when public capacity cannot provide, Warriors had the following to say.

“When Michael was discharged from the Intensive Care Unit of St Mary’s Hospital in London in February there were no available beds in specialist spinal units through the NHS at Stoke Mandeville Hospital for two to three weeks. The club was asked to fund the first two to three weeks of private treatment in the Royal Buckinghamshire Private Hospital next door which benefited from the same consultants and had beds available.

“The club agreed to pay for four weeks in case it was needed through the RugbyCare scheme, which spreads the cost for the club.

“Stoke Mandeville is a world class spinal unit but the club had planned to increase Michael’s physiotherapy hours given his needs as a professional athlete. At the expiry of the four weeks the NHS were still not ready to provide a bed and Royal Bucks had to continue providing care until the NHS was ready to transfer Michael.

“In situations such as this a claim is made to the Clinical Commissioning Group which the club’s doctor, Nick Tait, made sure was done.”