Posted on 26th May 2020 by admin in Club Rugby, Latest News, The Greene King IPA Championship 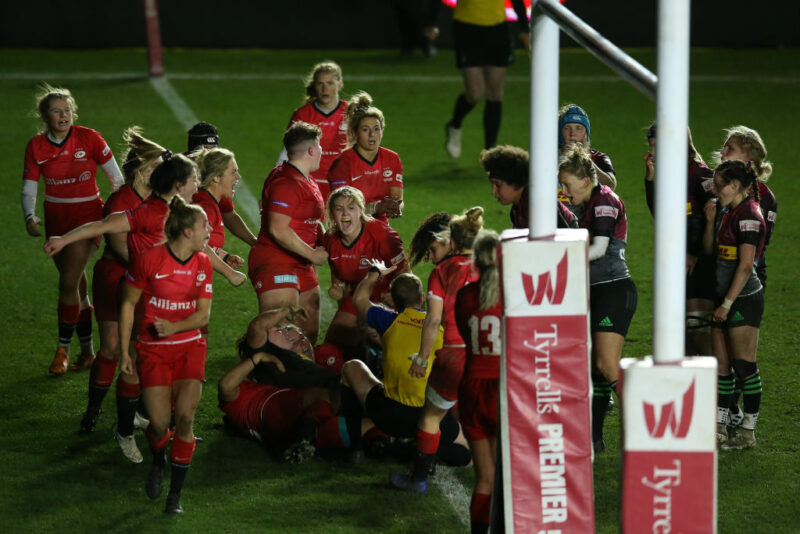 After welcoming Exeter Chiefs and Sale Sharks into the Premier 15s, the RFU has announced the league will be looking for a new title sponsor.

This comes after Tyrrells announced they would not be seeking to renew their sponsorship following a company review.

It leaves the RFU searching for a new partnership as it awaits the beginning of a new three-year cycle, which will see Premiership heavyweights Exeter Chiefs and Sale Sharks join the league at the expense of Richmond and Firwood Waterloo.

Simon Massie-Taylor, Chief Commercial Officer, England Rugby commented: “We would like to thank Tyrrells for their significant support in championing the women’s game over the past three years as the first ever title sponsor of the women’s top league.

“The partnership saw record viewing figures and attendances at matches and more importantly created a lasting legacy, inspiring more women and girls across the country to get involved in the game.”

“We are actively exploring new partners for the top-tier tournament and are confident the title sponsorship of the England Women’s Premier 15s game will be an attractive proposition.”

The RFU will now be working to ensure the league does not enter the new seasons without a title sponsor when the current agreement comes to an end in August 2020.

As a partner for the ten-team league since its inaugural season in 2017, KP Snacks, the parent company of Tyrrells expressed its hopes of seeing the league continue to ‘break boundaries’.

“Following a recent review of our plans we have taken the decision not to continue with our sponsorship programme as we look to align all our brand sponsorship arrangement with the business’s overall focus,” KP Snacks marketing director, Kevin McNair said.

“We wish the teams every success and look forward to seeing the women’s game continue to break boundaries and records in the future.”

The women’s game has experienced huge growth in since the RFU pumped in 2.4m, with Premier 15s having been on track to break attendance records this year prior to the early end to the season.

It appears Tyrrells will remain as the exclusive crisps supplier for Twickenham Stadium and England teams.