Posted on 19th May 2020 by admin in Club Rugby, Latest News, Premiership 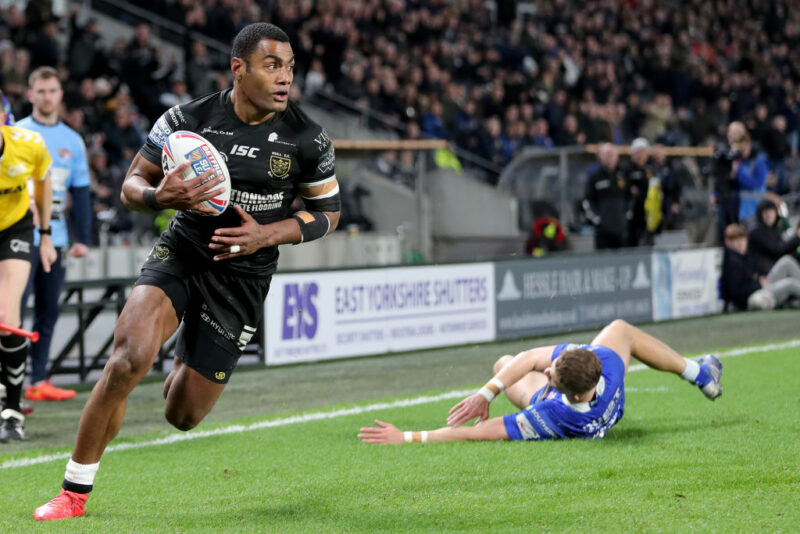 Bristol Bears have completed the signing of Ratu ‘Siva’ Naulago for next season.

A serving member of the British Army, Naulago will switch codes and leave Hull FC for Ashton Gate this summer following a prolific stint in Super League.

Dubbed the ‘Tank on the Flank’ in the north, Naulago has been snapped up by Bears director of rugby Pat Lam after scoring 17 tries in 21 matches. Snap up the best odds with Sbobet, the sports market betting specialists

“I’m delighted to have signed for Bristol Bears for the next few seasons,” the 28-year-old said, who had rejected a ‘long-term contract’ to stay with Hull FC in League.

“Pat (Lam) has put together a great squad in recent years and the team are really starting to make their mark both in the English Premiership and European competitions.

“They play a really attractive brand of rugby which I think will suit me and get the best out of me as a player. I was hugely impressed by the new training facilities and their aspirations and ambitions as a club.

“They want to be challenging at the top end of the game and there seems to be a real buzz around the city.

Naulago will join ranks with fellow newcomer and compatriot Semi Radradra at Bristol, and has been given temporary release by the Army to settle in at the Premiership club.

Although with the Super League season currently in limbo like other sports, when Nauloago will be able to start training with his new teammates remains to be clear.

“With Siva being an EQP Rugby Union player and a British Army Soldier, we looked at him closely,” Lam said.

“He is incredibly fit, with great pace and an eye for the try line. He’s been consistently outstanding in his relatively short time in Super League and that’s testament to the great work from the team at Hull FC.

“A lot of people are sitting up and taking notice of his spectacular performances.

“He will add quality depth to our backline and we thank the British Army for their co- operation and the incredible work that they do.”