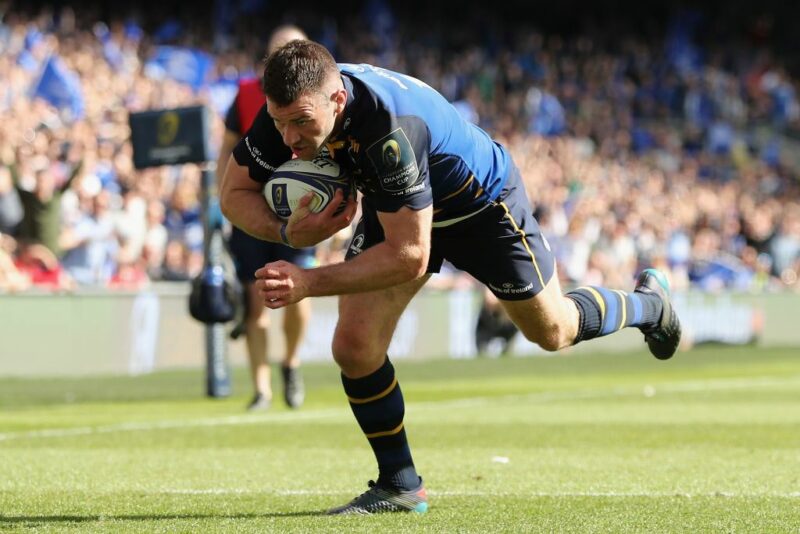 Leinster wing Fergus McFadden has announced he will be retiring at the end of the current PRO14 season.

McFadden, who can also play centre, will leave the sport with 33 caps for Ireland and an appearance at the 2011 Rugby World Cup.

He was part of Leinster’s dynasty at the start of the last decade, appearing in the Heineken Cup triumphs over Northampton Saints and Ulster in 2011 and 2012.

Success in the PRO12/PRO14 followed with winners’ medals in 2013, 2014 and the past two recent seasons. You back decide whether to back Leinster in their PRO14 success with advice from these expert betting tipsters.

As calls for unbeaten Leinster to be awarded the 2019-20 title stoke debate in the PRO14, McFadden eloquently put his decision to retire seemed apt as the province rides on the wave of 13 wins out of 13.

“They say the best time to leave a party is when you’re still having fun so the time has come for me to announce my retirement from the end of the season,” McFadden, 33, said in a statement.

“It’s hard to put into words what a privilege it has been to have had such a long career playing for the team I grew up supporting and pulling on a green jersey to play for my country. It has been a dream come true.

“So, reflecting on what made this all possible, I would like to thank all the Leinster Rugby staff, Leo Cullen, the wider management team, medics, physios, strength & conditioning coaches, backroom staff and our legendary bagman Johnny O’Hagan. Leinster’s incredible success over many years has been as a result of the contributions of the entire team both on and off the field.

“To the players, there are too many for me to name individually right now but all I can say is that it has been an honour to play and work alongside such incredibly talented and professional people. The friendships and memories I have made are ones I will cherish for the rest of my life – not to mention the many laughs we had along the way!

“To the Leinster fans…I don’t think you could ask for better supporters. Your constant support and encouragement was felt throughout – not only there to celebrate the highs but also to support through the lows.

“To my wife Rebecca, my son Freddy, my parents, my friends and family, thanks for being there every step of the way.”

McFadden has made 184 appearances for Leinster, scoring 29 tries.