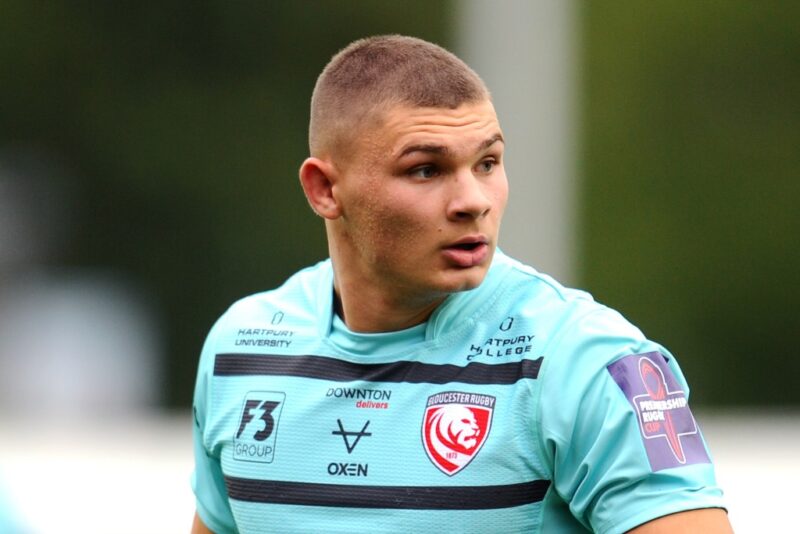 Exeter Chiefs have completed the double signing of Aaron Hinkley from Gloucester and Corey Baldwin from Scarlets.

As revealed in The Rugby Paper on January 26, Exeter have agreed a two-year deal with ex-England U20 flanker Hinkley to join their back row.

To date, the 20-year-old has made 12 appearances for Gloucester, where his contract was set to expire at the end of the season.

And once his became aware of Exeter’s interest, Hinkley admitted his head was turned by the Premiership leaders.

“I was coming to the end of my contract at Gloucester and when I heard there was some interest from Exeter, I wanted to hear more of what they had to say.

“Speaking with Rob Baxter and Rob Hunter, I liked what they had to say and how they wanted to work with me and develop my game moving forward.

“Everyone knows that Exeter are one of the best clubs in Europe and that they have created a great environment and a great culture for their players.

“Obviously, I’m grateful for the opportunities that Gloucester have given me over the last few years, but I feel the time is right for me to try something different.

“I know going down to Exeter is going to be a huge challenge, especially when you see the quality of their squad, but I believe they can help take me to another level.”

The 20-year-old, who can also play wing, is seen as a potential suitor for the Wales No.13 shirt when British & Irish Lion Jonathan Davies decides to call time on his career.

Exeter director of rugby Rob Baxter said: “Corey’s one of those guys that, as soon as we knew he was on the market, both myself and Ali Hepher sat down and said this guy has something special.

“He’s a guy with genuine raw pace, he’s a very good defender, and he’s got a number of attributes that we love down here at Exeter.”