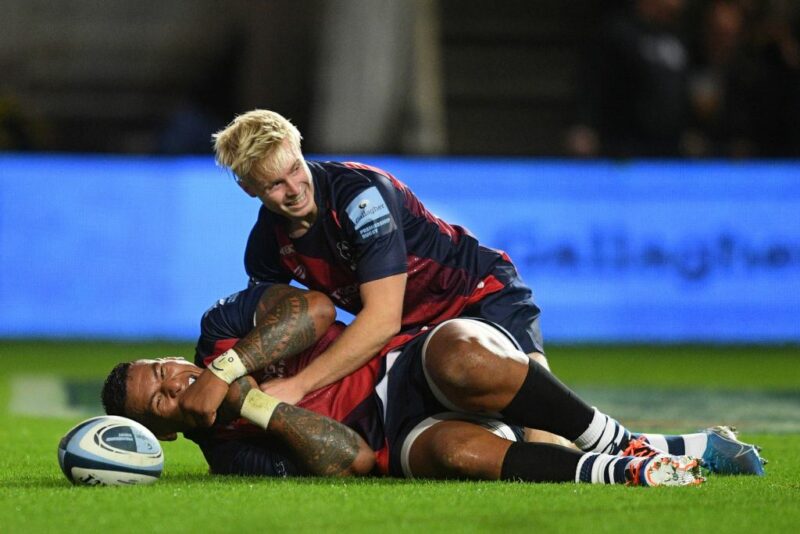 Bristol Bears utility back Mat Protheroe will depart Ashton Gate at the end of the season to join Ospreys.

As revealed in TRP on February 9, Protheroe was the subject of the WRU’s wider-held desire to bring back Welsh-eligible players to the regions.

And for the 23-year-old, who represented England at Under-20 level, the chance of a homecoming in Swansea was reason enough to sign a two-year deal and leave Bristol.

“I am a Swansea lad and I grew up watching the Ospreys,” said full-back Protheroe.

“James Hook, Shane Williams, Tommy Bowe, Jonathan Thomas, Filo Tiatia and Lee Byrne were the players I used to turn up at the Liberty to watch as a young boy.

“It’s just a really exciting challenge for me. I have never played in the Guinness Pro14, which is a new league for me, so it’s just exciting for me and I am really looking forward to the challenge.”

Protheroe, who can also play centre or wing, joined Bristol from Gloucester in 2017 and went on to become a key figure in the club’s promotion from the Championship to the Premiership.

He added: “I’ve thoroughly enjoyed my time at Bristol Bears and feel my game has gone to the next level under Pat (Lam) and the coaching team.

“It’s the right time for me to push on and take the next challenge, but I’d like to thank my teammates, the staff and all the supporters for a fantastic couple of years.

“I’m excited about the next chapter in my career at Ospreys but look forward to giving everything for the Bears until the end of the season and going out on a high.”

TRP revealed on Sunday that Saracens have sourced a replacement for Protheroe, with Saracens versatile full-back Max Malins agreeing to a season-long loan at Ashton Gate.