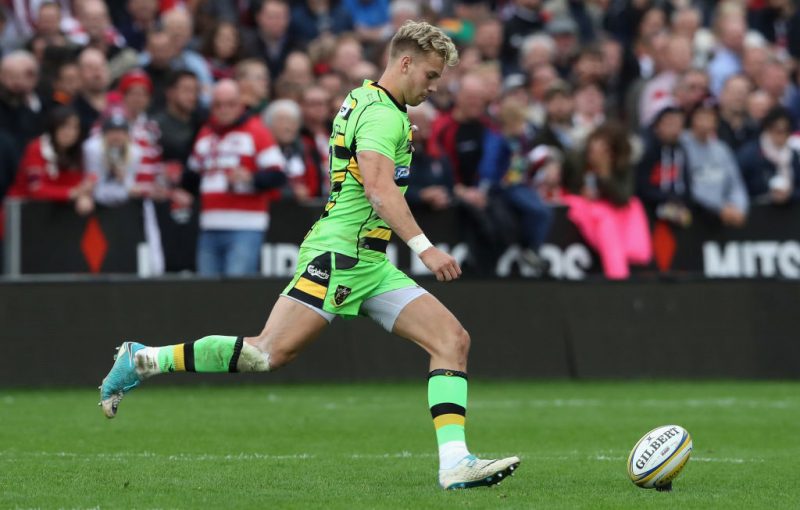 Northampton Saints fly-half Harry Mallinder has inked a new deal with the club he joined as an academy prospect to extend his stay at Franklin’s Gardens through to 2020.

The 21-year-old made his 50th appearance for the Saints in Saturday’s defeat to Clermont Auvergne in the Champions Cup and has featured across a number of positions in the back line under Mallinder senior.

After achieving international honours with England age group teams, including winning the U20 World Championship on home soil in 2016, Mallinder explained there is no other club he would rather be playing his rugby at.

“The Saints is my only club and I never considered going anywhere else,” the former Junior World Player of the Year nominee commented.

“I’ve grown up at Franklin’s Gardens and experienced some great memories already, both as a player and a young supporter of the club.

“Looking at the environment and the squad we have building here, I’m extremely positive about what is to come over the next few years.

“I’m delighted to be staying.”

Chief executive Mark Darbon expressed his pleasure at seeing a homegrown talent like Mallinder progressing to become a key member of the senior team after his exploits with the club’s academy.

“Northampton Saints has a proud history of bringing through top quality players from our academy and Harry certainly falls into this category,” he said.

“We want to build a world class team with a backbone of home grown talent to be successful. Harry has all the abilities to play a big part in this and we are thrilled that he has committed his future to the Saints.”