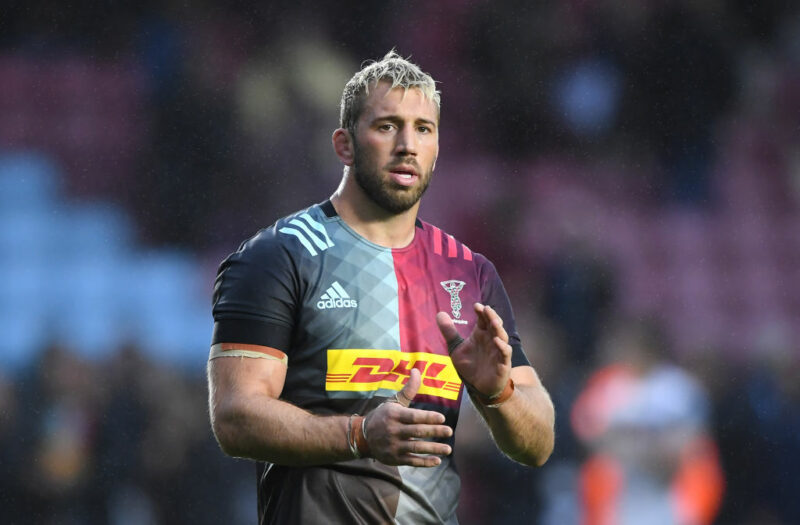 EDDIE Jones may claim he has to start building a new team but Chris Robshaw is adamant the majority of the side that fell short in Tokyo will still be around in four years’ time.

And the former England captain is confident that a few of them, including younger members Ben Curry, Sam Underhill and Anthony Watson, will be even better and can play crucial roles in helping the side finally get their hands on the trophy.

Jones, who is considering remaining at the helm until the next World Cup in France following his team’s loss to South Africa, gave a clear indication he will be ripping his squad apart and choosing a considerably different one come the Six Nations.

That likely means the end of the road for older members with the Aussie keen to give it a big injection of more youthful energy, enthusiasm and hunger.

Ben Youngs and Dan Cole, both in their 30s, could find themselves nudged aside to accomodate the new brigade.

Robshaw believes the future remains optimistic for Owen Farrell and his players despite the psychological as well as physical blows they endured at the hands of South Africa.

That’s because of the average age of the squad compared to the one Martin Johnson led to glory in Australia 16 years ago.

The average age of the Sir Clive Woodward starting fifteen was over 28 while the one which fell to defeat by the Springboks was two years younger.

Harlequins flanker Robshaw insisted: “The future is in good hands when you consider how well Curry and Underhill have done during this World Cup.

“For me Curry was England’s best player in the tournament and he and Underhill will be around for a very long time to come.

“So will Maro Itoje, Kyle Sinckler and Billy Vunipola as long as their bodies stay in good shape and they retain their form.

“Guys like Owen Farrell, George Ford, Manu Tuilagi and Jonny May will be in their early thirties by the next World Cup and will have more years of wisdom behind them. Mentally they will be even harder and I expect they will be even fitter!

“The game has moved on considerably over the past ten years or so and this squad is stronger, fitter and more athletic than any England have had.

“Players spend so much time in the gym working on their bodies as much as their playing skills and techniques.

“So you put the two together and you have more dynamic and certainly more physical athletes.

“The issue with the England team which won in 2003 was that most players were getting to the end of their careers and retired on the back of that success.

“That meant a massive rebuilding phase was required and unfortunately England rugby dropped off a little bit. However, this time it will be different with the majority of the guys in Japan certainly being able to go to the next World Cup.

“There are a couple of older lads but a lot of them are 27 or under and around two-thirds will have the opportunity to try and win it again.

“That makes it so exciting for the future. They could keep on rolling, keep on moving forward and put the loss to South Africa behind them come the next one in France.

“This England team took their performance to a new level against the All Blacks in the semi-final but couldn’t back it up in the final.

“It will have hurt all the players and especially Eddie Jones. But when one book closes another opens. The aim now is to be even better and stronger both mentally and physically for France.

“And you wouldn’t bet against Eddie staying on and managing to put together another huge World Cup bid.”